A multi-jurisdictional manhunt is underway for a suspect who escaped custody at Hartsfield-Jackson Atlanta International Airport.

COLLEGE PARK, Ga. - Authorities said the murder suspect from Arizona who escaped from deputies near the Atlanta airport and was the subject of a day-long, multi-jurisdictional manhunt is back in custody.

J'saan Carlos Strover, 20, was being transported by investigators with the Maricopa County Sheriff's Office back to Phoenix Arizona to face multiple charges including murder on Thursday morning, according to the Fulton County Sheriff's Office. The Phoenix-area deputies had just returned their rental car at Hartsfield-Jackson Atlanta International Airport and were about to board the tram from the car rental facility to the airport terminal with Strover when he took off running into a wooded area, Atlanta-area officials said.

Several law enforcement agencies including Sandy Springs and Atlanta police, as well as the sheriff's office of Clayton and Fulton counties quickly organized a manhunt around the airport. Authorities were focusing their efforts in the wooded area in the 4200 block of Global Gateway Connector in College Park.

Just after midnight on Friday morning, both sheriff's offices for Fulton and Clayton counties reported Strover had been taken back into custody. 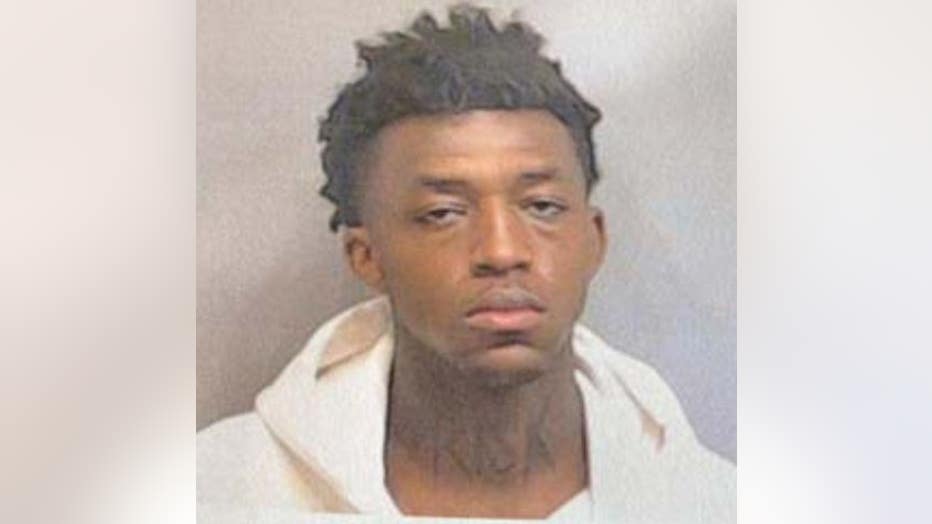 Jsaan Carlos Strover 20, is a suspect in a murder out of Phoenix, Arizona (Atlanta Police Department).

"Jeopardizing public safety is unacceptable, we are grateful for the sacrifice and commitment of the Atlanta area law enforcement agencies and are hopeful for a quick and safe outcome for all involved."

A murder suspect wanted out of Arizona is on the run after escaping custody near the Atlanta airport Thursday.

No word on when Strover will continue his journey back to Arizona.