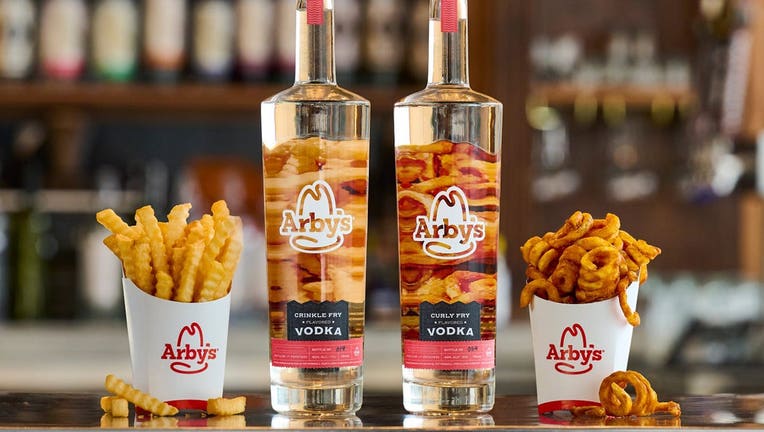 Arby’s recently added a new variety of fries to its menu. To celebrate this event, the fast-food chain has announced a new type of booze that has a flavor inspired by the popular side dish.

Chief Marketing Officer at Arby’s Patrick Schwing said, "Though we’ve mastered the art of drive-thru fries, we wanted to take it one step further by making them 80-proof. Being a potato-based liquor, this limited edition vodka is infused with Crinkle and Curly Fry flavor so Arby’s fans who are of legal drinking age can responsibly enjoy our menu from bag to bottle."

The beverage is distilled using cayenne, paprika, onion and garlic in order to recreate the flavor profile of Arby’s fries. The Crinkle Fry Vodka is also made with kosher salt and sugar. Not surprisingly, the vodka will also be distilled from potatoes at Tattersall Distilling.

The vodka will only be available to customers in the following states: California, Connecticut, Florida, Idaho, Louisiana, Minnesota, Nebraska, Nevada, Oregon, West Virginia and Wyoming.

Arby’s will also be releasing two signature Bloody Mary recipes that were developed with celebrity chef Justin Sutherland. The recipes, which will be revealed on the restaurant’s social media channels, will incorporate other popular Arby’s items and sauces as well.