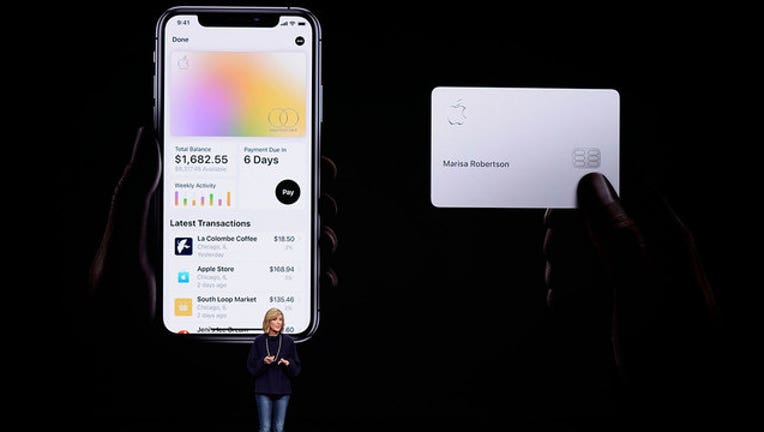 NEW YORK (FOX 5 NY) - Did you get that fancy Apple Card in the mail? Officials with the tech giant say you shouldn't store it with your other credit cards!

In a support document released Tuesday, Apple officials detailed the steps an Apple Card user should take to clean and protect the new credit card, which they claim has a white finish that is "achieved through a multi-layer coating process". They say people should place the credit card in a slot in their wallet or billfold without touching another credit card.

"If two credit cards are placed in the same slot, your card could become scratched," read the document.

Officials say people should avoid putting that Apple Card in a pocket or bag that has loose change, keys, or other potentially abrasive objects, and if the card is stained, they should wipe it gently with a soft, slightly damp, lint-free microfiber cloth, and then use a moist, soft, microfiber cloth with isopropyl alcohol to gently wipe it.

"Some fabrics, like leather and denim, might cause permanent discoloration that will not wash off," read another portion of the document.

On Tuesday, the Apple Card became available for everyone in the U.S. to apply. It was previously available for application via invitation only.