Police want to find the thieves targeting Apple store shoppers throughout Manhattan.&nbsp;The suspects follow the victims along the street and push them to the ground and remove their Apple purchases and then flee.

NEW YORK - Police want to find the robbers targeting Apple store shoppers throughout Manhattan. The suspects follow the victims into stores and along the street and push them to the ground and run off with their Apple purchases.

There were at least four robberies between June 30 and July 22 from Greenwich Village to the Upper East Side, according to police. No one was seriously injured.

The NYPD released photos of the suspects and video of one of the robberies in which the suspect grabs a bag of Apple items and runs out of a store.

The individual described in that incident is a dark-skinned male, with a thin build, black hair and last seen wearing a white t-shirt, blue sweatpants with white stripes on the side, black sneakers, a cast on his left arm/wrist, white face mask and was seen getting out of a white BMW with a possible Texas temporary plate.

Anyone with information about the robberies is asked to call the NYPD's Crime Stoppers Hotline at 1-800-577-TIPS (8477). The public can also submit their tips by logging onto the Crime Stoppers website at WWW.NYPDCRIMESTOPPERS.COM, or on Twitter @NYPDTips.

All calls are strictly confidential, according to police. 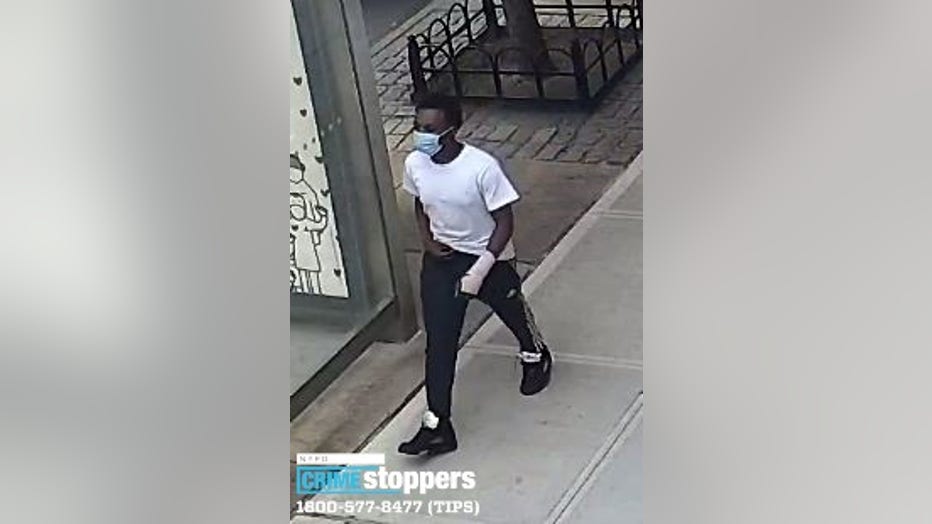 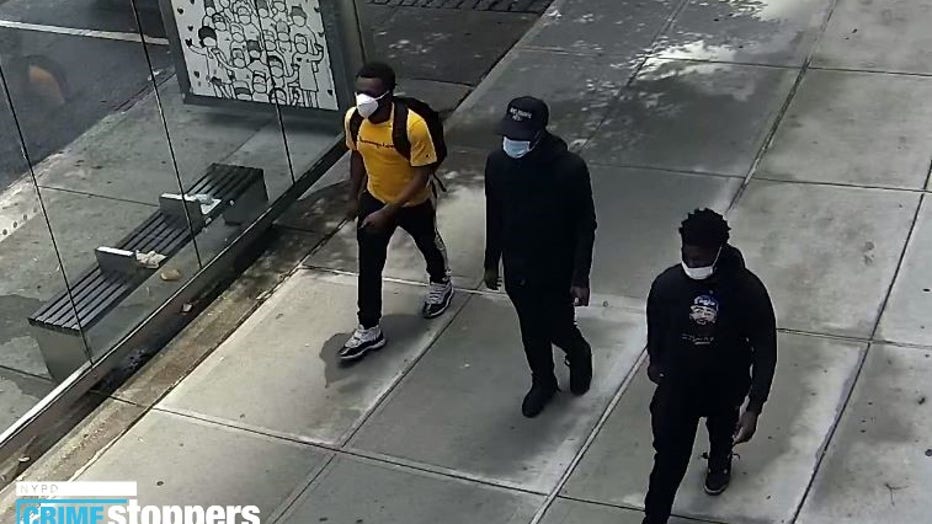