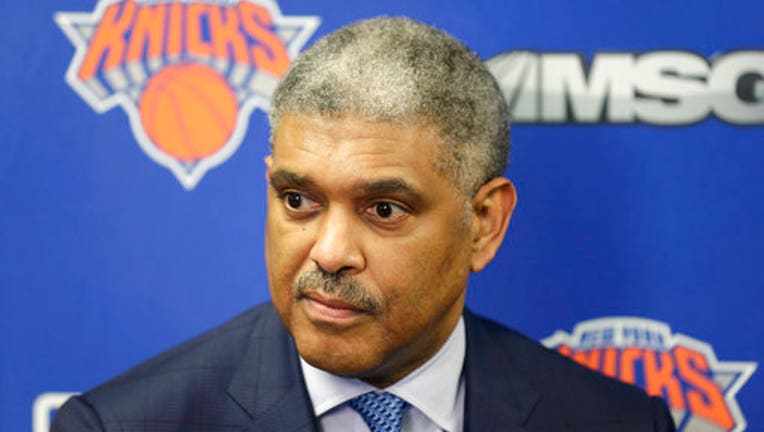 NEW YORK (AP) — The New York Knicks plan to hire agent Leon Rose to take over their basketball operations, a person with knowledge of the details said.

Rose will replace Steve Mills, who was fired as team president on Tuesday.

The person spoke to The Associated Press on condition of anonymity because talks are ongoing. The plans were first reported by ESPN and SNY.

The Knicks released a statement in which Madison Square Garden executive chairman James Dolan said he hoped to conclude the search for a new president quickly.

“I am not selling, but I am determined to find the right leader for the Knicks who will ensure the long-term success of the team, just as we did with the hiring of Rangers President John Davidson," Dolan said.

Rather than seek to hire an experienced team executive, the Knicks would be going with a model that has worked successfully for other NBA teams lately. The Golden State Warriors, with Bob Myers, and the Los Angeles Lakers, headed by Rob Pelinka, are both run by former player agents.

The Knicks were 15-36 entering their game against Orlando on Thursday. They had already fired coach David Fizdale earlier this season and parted ways with Mills two days before the trade deadline.

General manager Scott Perry is running basketball operations for now and on Thursday dealt leading scorer Marcus Morris to the Los Angeles Clippers as part of a three-team trade. The Knicks received Clippers swingman Maurice Harkless along with the Clippers' 2020 first-round pick, giving New York seven first-round selections in the next four years.