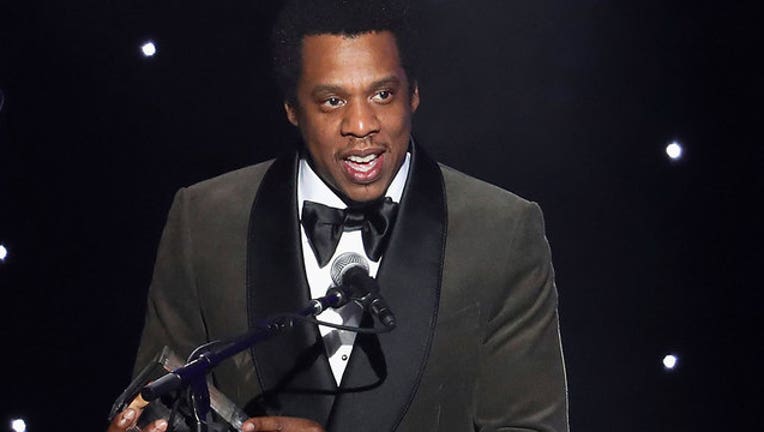 NEW YORK (AP) - Jay-Z's got 99 problems but Woodstock isn't one: The rap king has pulled out of the 50th anniversary Woodstock festival just weeks before the troubled event is supposed to take place.

Jay-Z will no longer close the three-day festival scheduled for Aug. 16-18, a person familiar with the situation told The Associated Press on Friday, speaking on condition of anonymity because they weren't allowed to discuss the plans publicly.

The news comes on the same day that John Fogerty, who performed at the original 1969 festival with Creedence Clearwater Revival, pulled out of the anniversary event.

Representatives for Woodstock 50 and festival co-founder Michael Lang said they had no comment about Jay-Z and Fogerty's decision to back out of the festival.

Woodstock 50 has faced a series of setbacks in the last few months, including permit denials and the loss of a financial partner and a production company. No venue has been publicly announced and tickets have yet to go on sale.

With Fogerty and rapper-actor Common by his side, Lang announced in March that Jay-Z, Dead & Company, the Killers, Miley Cyrus, Imagine Dragons and Chance the Rapper would perform at Woodstock 50. The festivities were supposed to take place across three main stages at Watkins Glen International racetrack in Watkins Glen, New York, about 115 miles (185 kilometers) northwest of the original site, but the venue pulled out.

Bloomberg reported Thursday that the event will now take place at the Merriweather Post Pavilion, an outdoor amphitheater that seats 19,000 in Columbia, Maryland, some 270 miles south of the original New York site. A representative for Woodstock 50 told the AP that she couldn't confirm the report and said the organizers had no further comment.

Bill Werde, the former editorial director of Billboard, said because of the location change artists can likely back out of performing.

"Most booking contracts are site specific, so with the move to Maryland I think in all probability these artists have easy-outs. And looking at the debacle that this festival has been, I would really be surprised if a lot these artists, if not all of them, didn't start exercising those outs," said Werde, who is also the director of the Bandier program for recorded and entertainment industries at the S.I. Newhouse School of Public Communications at Syracuse University.

Acts scheduled for Woodstock 50 include Robert Plant and The Sensational Space Shifters, David Crosby, Janelle Monae, Brandi Carlile, Country Joe McDonald, Halsey, the Lumineers and India.Arie. Werde said some of them may just wait for the festival to be canceled before going public. "From a management perspective, if you see this event imploding it is way more diplomatic to wait for (the organizers) to finally cancel it than sort of force the issue and announce your pull out," he said.

Though he's no longer performing at Woodstock 50, Fogerty will perform at Woodstock's original site in Bethel, New York, in a smaller anniversary event not connected to Woodstock 50. The 74-year-old will hit the stage at the Bethel Woods Center for the Arts, which is holding its event during the same three-day weekend. Fogerty will close out the celebration on Aug. 18, while Ringo Starr will perform on Aug. 16 and Santana - also booked for the larger anniversary event - will perform on Aug. 17.

The Black Keys, originally scheduled to perform at Woodstock 50, announced in April that they had to cancel their performance due to a scheduling conflict.

The original Woodstock, a festival pushing the message of peace, love and music, was a seminal, groundbreaking event in 1969 that featured performances by Jimi Hendrix, the Grateful Dead, Joan Baez, the Who and other iconic acts.

"If you're a music fan and you appreciate the history of Woodstock as a cultural, pinnacle moment, even as a brand, it's hard not to be sad about this seemingly never-ending torrent of missteps and false hopes," Werde said.

"For the sake of the legacy of Woodstock, I kind of wish they would stop. It's like watching a boxer who just won't stay down when he really should."