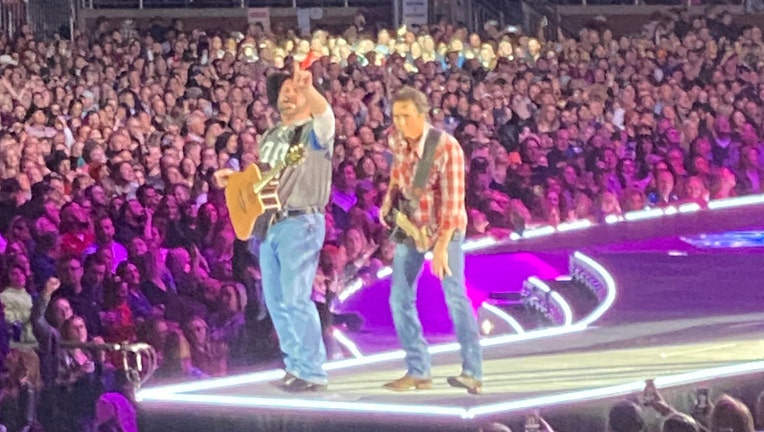 DETROIT (FOX 2) - Last weekend, Garth Brooks rocked 70,000 in Detroit with his one-of-a-kind stadium concert. When he came to stage in a Barry Sanders jersey, the hometown crowd roared. But social media didn't get the connection, thinking he may have been supporting Bernie Sanders' 2020 campaign.

If you were one of the 70,000 people there, you heard Garth explain why he was wearing the Barry Sanders jersey. It wasn't just to play to the crowd - though it probably helped - Garth and Barry both attended Oklahoma State and the country legend said it was an honor to wear the jersey in the city where the best player of all-time dominated.

We can move on from him actually playing in Pontiac at the Silverdome, right? Since he never played a down at Ford Field. Ok.

Either way, Garth wore it so support Barry Sanders. Not to support Bernie Sanders in 2020. But social media users apparently didn't get it.

When Garth posted this to his Instagram page, complimenting the crowd...the readers did not apparently get it.

It starts with jenjensoccermomma who said "Good grief. Can’t you just do what you get paid to do ???? Why why why does it have to involve politics !!! So sad. We don’t pay good money for anything other than to watch you perform. Thought you were different."

Her message was punctuated with angry and sick emojis. People replied and gave her the facts, the comment remains. More than 700 people responded.

And she's not alone.

Either way - it's a Barry Sanders jersey, not a Bernie Sanders 2020 jersey.

But Barry Sanders is having a good time, even asking Garth to campaign together!

The Lions agree, giving their endorsement to Barry Sanders in 2020 - complete with a red, white and blue goat.