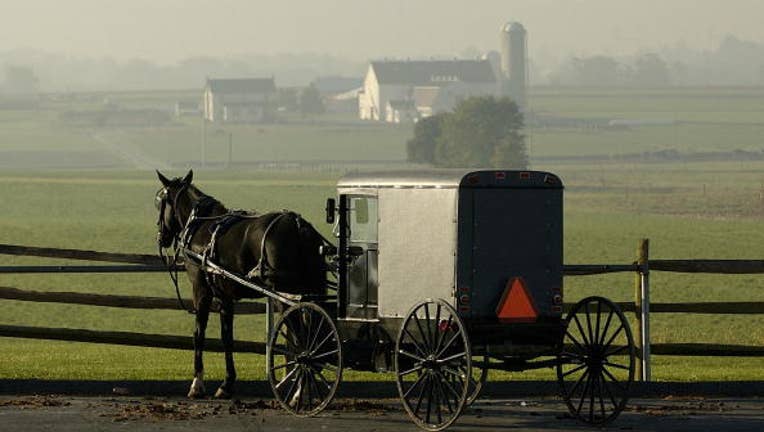 NEW YORK - An Amish teenager was killed when the horse-drawn buggy he was driving was rear-ended by a sport utility vehicle in central New York, police said.

The crash happened at 5:15 p.m. Tuesday in the town of Georgetown in Madison County.

Seventeen-year-old Rudy Hershberger was driving a buggy on State Route 26 when the vehicle was rear-ended by an SUV, state police said. Hershberger was ejected from the buggy and landed on the shoulder of the road, they said. He was taken to a hospital, where he was pronounced dead.

The SUV driver, 19-year-old Taylor Manwarren, told troopers she did not see the buggy until she hit it. She was not injured.

Tests found that Manwarren was not impaired by alcohol or drugs, police said. No charges have been filed. The investigation is continuing.