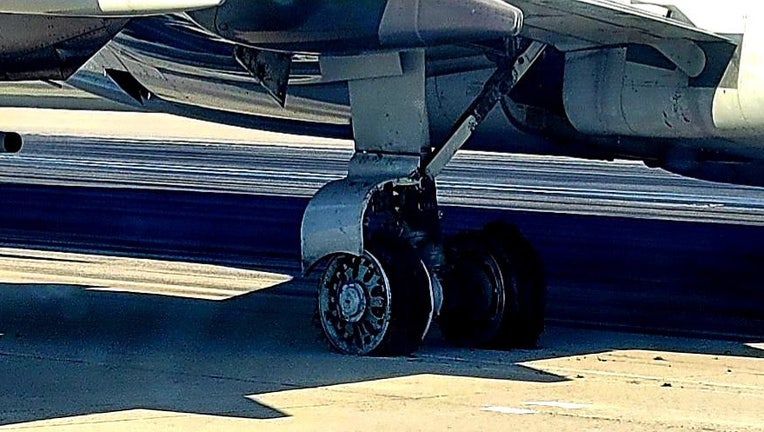 NEW YORK - An American Airlines plane aborted its takeoff from JFK Airport on Tuesday afternoon after two tires on the plane blew out.

It happened about 1:15 p.m. on American Airlines Flight 2829 that was supposed to go to Phoenix.

The plane was on Runway 31L at the time.  Images from the scene showed at least one of the wheels with no tire on it after the incident.

All the passengers were taken off by the Port Authority Police Department aircraft rescue unit.  They were bussed back to the terminal.

There were no reports of injuries to the 6 crew members and 142 passengers on board according to the airline.

"We thank our crew for their professionalism and our customers for their patience," American said in a statement to FOX 5 News.

The Boeing 737-800 was towed off of the runway to a hangar for evaluation by the airline's maintenance team.

The passengers were going to be put on a different flight to Sky Harbor International Airport.

A takeoff had to be aborted when a plane blew two tire on a runway at JFK Airport on Tuesday afternoon.