An American Airlines flight headed to Orange County, California, was forced to divert to Denver, Colorado, after a passenger allegedly attacked one of the flight attendants. The passenger, who reportedly punched the flight attendant in the nose, was arrested when the plane landed in Denver.

"This morning we were informed that the vaccination deadline for employees under the federal mandate for government contractors has been extended to Jan. 4, 2022," Chief Executive Officer Doug Parker said in a letter to staff members Thursday. "Given this development, all U.S.-based team members and Latin America-based crew members have until Jan. 4, 2022 to submit proof of vaccination or a request for an accommodation." 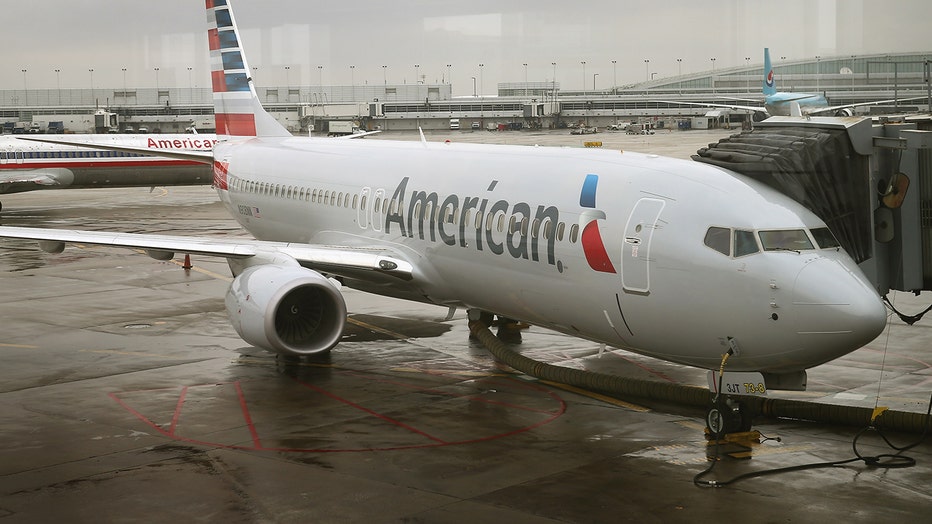 A new American Airlines 737-800 aircraft featuring a new paint job with the company’s new logo sits at a gate at O'Hare Airport on January 29, 2013 in Chicago, Illinois. (Photo by Scott Olson/Getty Images)

Allowed accommodations or exemptions include medical disabilities or a sincerely held religious belief.

"Team members who submit their vaccination proof by Jan. 4, or are approved for an accommodation will be eligible for an additional day of vacation pay, as well as $50 worth of Nonstop Thanks points," Parker continued.

States and employers have been preparing for the COVID-19 vaccine mandate requirement since President Joe Biden previewed it in September. The previous government deadline was Dec. 8.

The Occupational Safety and Health Administration requirements released Thursday call for companies with 100 or more employees to be vaccinated by Jan. 4 or be tested weekly. Failure to comply could result in penalties of nearly $14,000 per violation. Federal officials also left open the possibility of expanding the mandate to smaller employers.

The White House said the administration has the authority to take actions designed to protect workers and expects the rule to withstand legal challenges.

Businesses and airlines are increasingly mandating that their workers get a COVID-19 vaccine, citing health concerns and sweeping new federal requirements for large employers. Those who do not follow company policies are in many cases subject to termination of employment.

United Airlines' 67,000 U.S.-based employees had a hard deadline of Sept. 27 for getting vaccinated or risk losing their job – barring some exemptions.

Last month, 230 United Airlines employees faced termination for not complying with the company's vaccine mandate, a spokesperson for the airline told FOX Television Stations. As of Oct. 8, United said around 99.7% of its employees were vaccinated.

By contrast and despite the deadline, Southwest Airlines CEO Gary Kelly said during the company's third-quarter earnings call last month that unvaccinated employees will not lose their job even if the airline isn't "perfectly in compliance."

"We're not going to fire anybody who doesn't get vaccinated," Kelly said. "How we work through the people that don't get vaccinated or don't seek an accommodation, we're going to have to figure out and we're working with the government on that."

COVID-19 vaccinations have been given to more than 222 million Americans. Currently, 58.2% of the U.S. population is fully vaccinated, according to data collected by the Centers for Disease Control and Prevention on Thursday.