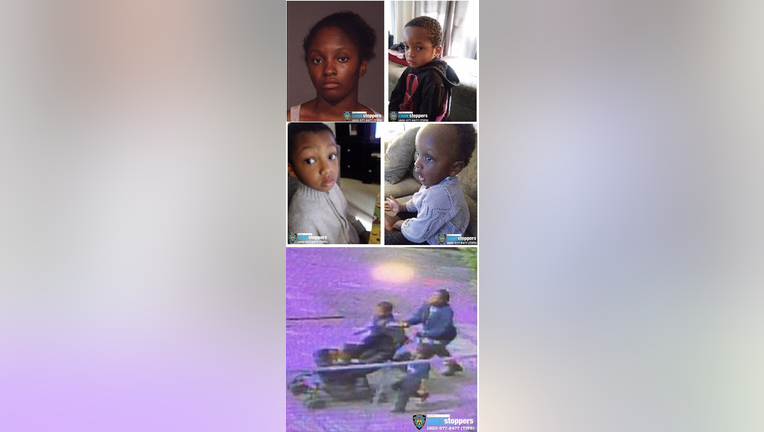 NEW YORK - The NYPD has canceled an AMBER Alert for three children in Brooklyn who were allegedly abducted on Friday afternoon.

Police say the three children and a woman were found safe.

According to authorities, say the original incident occurred at 12:10 p.m. on Van Siclen Avenue.

The missing children were:

The suspect in the abduction was identified as 26-year-old Crystal Johnson. Johnson is described as a black female, with black hair and brown eyes. She is roughly 5'2" and weighs around 150 pounds. Authorities say she was last seen wearing a navy blue sweater, leggings with a flower print and black boots. Her hair was in short twists and had bruising under both eyes.

She was last seen on Van Siclen Avenue.

Anyone with any information on this abduction is asked to call the New York City Police Department's 75th Precinct at (718) 827-3548 or dial 911 to provide information on a report or sighting.