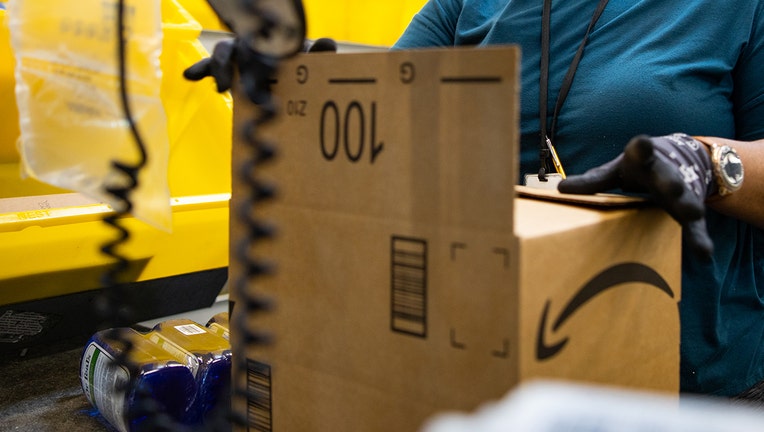 (A worker prepares a package at an unspecified Amazon fulfillment warehouse. (Photo Courtesy of Amazon Inc.)

NEW YORK - New York lawmakers have passed a bill targeting the use of warehouse productivity quotas in the state, a move aiming to curtail metrics employed by Amazon that have come under more scrutiny in the past few years.

Labor and safety advocates have long criticized the e-commerce giant's use of productivity quotas that log how workers pack and stow packages. If workers are inactive for a set period of time, the company's "time off task" tool can ding them for taking too many breaks, which critics have blamed for the company's injury rates.

A report released in April by Strategic Organizing Center, a coalition of four labor unions, found Amazon employed 33% of all U.S. warehouse workers in 2021, but was responsible for 49% of all injuries in the industry. Amazon CEO Andy Jassy has pushed back on those findings but acknowledged in his shareholder letter that month the company's warehouse injury rates "were a little higher than the average" and said they'd work to improve them.

The legislation, passed Friday, would require the retail giant and other companies to provide workers with information on quotas they're assigned, how those quotas are developed and how such things could be used by the employer to discipline them. It would also prohibit employers from putting in place quotas that prevent workers from taking bathroom breaks or rest periods.

The legislation heads to Gov. Kathy Hochul, who hasn't indicated her support but has cast a critical eye toward the Seattle-based company. Last month, she announced a state agency complaint against Amazon, which alleged the company discriminated against pregnant and disabled workers by denying reasonable accommodations and forcing them to take unpaid leave.

The legislation mimics a similar bill that was signed into law last year in California. State lawmakers in Washington and New Hampshire have also introduced similar bills.

In New York, Amazon workers in the New York City borough of Staten Island are attempting to get recognition by the company following their union victory in April. But Amazon has filed objections over the election with the National Labor Relations board, seeking to overturn the labor win and schedule a new election.

In Alabama, Warehouse workers in the city of Bessemer voted 993 to 875 against forming a union in March. The federal labor board said that 416 challenged votes could potentially overturn that result. A hearing to go through the challenged ballots has not been scheduled.