Amazon allegedly withheld millions in tips from Amazon Flex drivers and the company is paying a majority of the money back following a lawsuit filed by the Federal Trade Commission (FTC).

The drivers were part of Amazon’s Flex business, which was founded in 2015 and allows people to deliver Amazon packages with their own cars. The drivers are independent workers and are not Amazon employees.

Drivers are able to make deliveries for orders made on Prime Now and AmazonFresh.

More than 140,000 Amazon Flex drivers will receive a portion of a $60 million settlement with Amazon, according to an FTC news release. The funds will serve as reimbursement from tips that were allegedly illegally withheld by Amazon from drivers between 2016 and 2019. 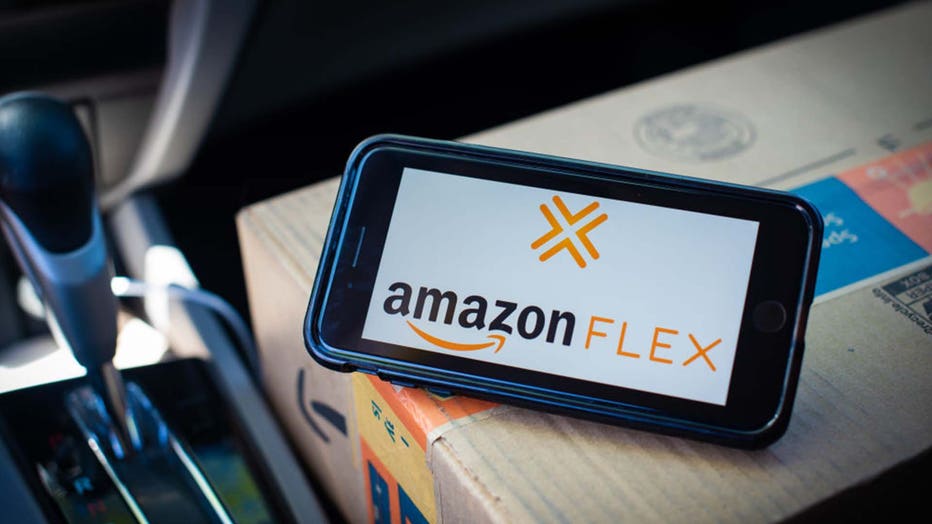 FILE - The Amazon Flex logo on a smartphone. (Tiffany Hagler-Geard/Bloomberg via Getty Images)

In 2021, the FTC filed a lawsuit against Amazon and its subsidiary, Amazon Logistics, alleging "that the company failed to fully pay tips that drivers in its Amazon Flex program had earned," the news release continued.

The complaint alleged that the company only stopped withholding drivers’ tips after it became aware of the FTC’s investigation in 2019, according to the agency.

Amazon Flex drivers get paid between $18 and $25 an hour, according to the Amazon Flex FAQ website, and 100% of tips go to the drivers’ minimum earnings.

But in 2016, Amazon started paying drivers a lower hourly rate and used the tips to make up the difference, according to the complaint. Amazon didn’t disclose the change to drivers, the FTC said, and the tips it took from drivers amounted to $61.7 million.

Amazon agreed to settle in February and will be paying back drivers via checks and PayPal payments, according to the FTC. Drivers who receive a check reimbursement must deposit it by Jan. 7, 2022.

"Drivers who had more than $5 withheld by Amazon will receive the full amount of their withheld tips. The highest amount going to a single Amazon Flex driver is more than $28,000, while the average amount is $422," the news release said.

Additionally, the settlement also prohibits Amazon from misrepresenting any driver’s expected income or hourly pay, how much tip they will receive and whether the amount paid by a customer is a tip.

"The highest amount going to a single Amazon Flex driver is more than $28,000, while the average amount is $422," the FTC noted.

"While we disagree that the historical way we reported pay to drivers was unclear, we added additional clarity in 2019 and are pleased to put this matter behind us. Amazon Flex delivery partners play an important role in serving customers everyday, which is why they earn among the best in the industry at over $25 per hour on average across the country," an Amazon spokesperson told FOX TV Stations.