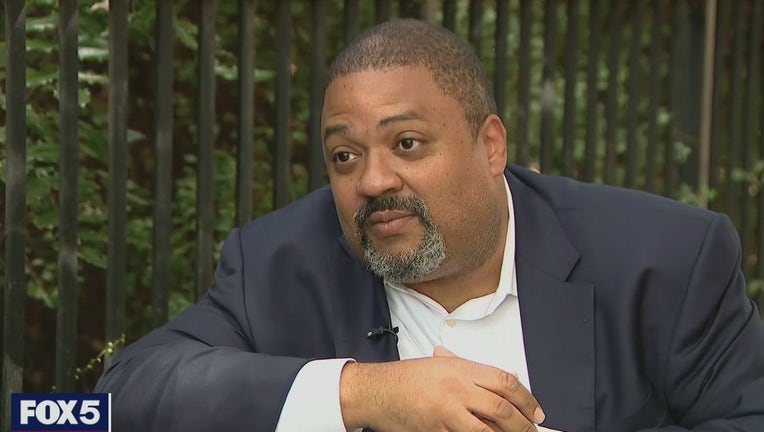 He will take over in January from the current district attorney, Cyrus Vance Jr., who is retiring after a final term in which he prosecuted Harvey Weinstein for rape and brought tax evasion charges against the Trump Organization and its longtime finance chief, Allen Weisselberg.

Trump himself remains under investigation by the office after Vance led a multiyear fight to get access to the Republican's tax records.

He and Bragg have history. As a top deputy to New York's attorney general in 2018, Bragg helped oversee a lawsuit that led to the closure of Trump's charitable foundation over allegations that he used the nonprofit to further his political and business interests.

Kenniff, a defense attorney who was formerly a prosecutor and an Army judge advocate general, had faced insurmountable obstacles in the race. Democrats outnumber Republicans heavily in Manhattan.

Since its founding, the Manhattan district attorney's office has been run exclusively by white men, with its current and most recent former leaders the sons of prominent U.S. statesmen.

Alvin Bragg is a Harvard Law graduate, a civil rights attorney, and a candidate for Manhattan district attorney.

Bragg, meanwhile, grew up in Harlem during the 1980s crack cocaine epidemic. At age 15, a police officer stuck a gun in his face and wrongly accused him of being a drug dealer as he walked to buy groceries for his father. Bragg filed a complaint at his parents' urging, sparking an interest in the law.

He has had a knife held to his throat. As an adult, he opened his home to a brother-in-law just released from prison. Sometimes, Bragg says, the warrant squad would show up looking for the brother-in-law, banging on the door and waking up his children.

"Those are my stories, but the important thing is that they are our stories," Bragg said. "They are lots of people's stories, and I think taking those stories and metaphorically, those people, with me to the D.A.'s office is important in a symbolic way but also deeply meaningful in a very practical way."

Bragg, 48, spent the final days of his campaign participating in a rare judicial inquiry into the death of Eric Garner, whose pleas of "I can't breathe" to police officers who hauled him to the ground in a chokehold became a rallying cry for Black Lives Matter protesters in 2014.

Bragg called it the most "emotionally significant" case of his career.

Bragg campaigned partly on a promise to change the culture of the D.A.'s office. He said he wants to "shrink the system," declining to pursue many low-level offenses and look for alternatives to prosecuting small "crimes of poverty."

The Democratic candidate for Manhattan District Attorney talks about how he will handle the prosecution of the Trump Organization, among other potential cases, if he wins the election.