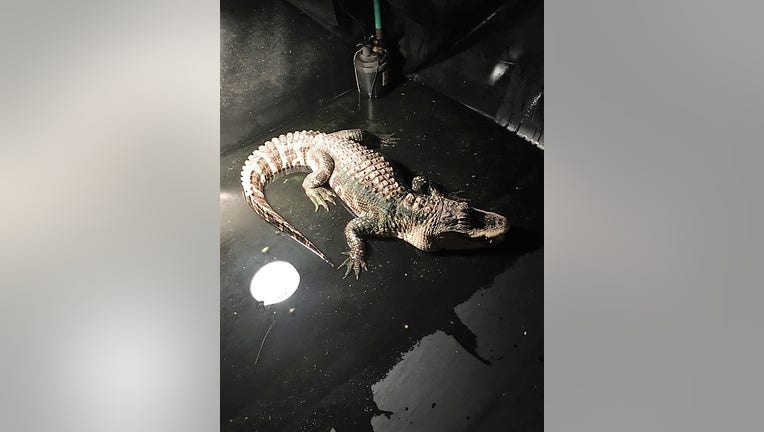 Authorities in Ohio have seized an alligator that was being kept in the basement of a home.

According to a Facebook post from the Madison Township Police Department, the owner of the 25-year-old reptile did not have an exotic animal permit and voluntarily surrendered the animal.

State wildlife officials retrieved the animal from the Groveport residence on February 27, 2020.

The owner was reported to say that he bought it as a foot-long baby at a flea market and had watched it grow over the years.

The American Alligator will be taken to an animal sanctuary in Myrtle Beach, South Carolina to "retire."

The police stated that:  "There's some things they just don't teach you in the Police Academy."