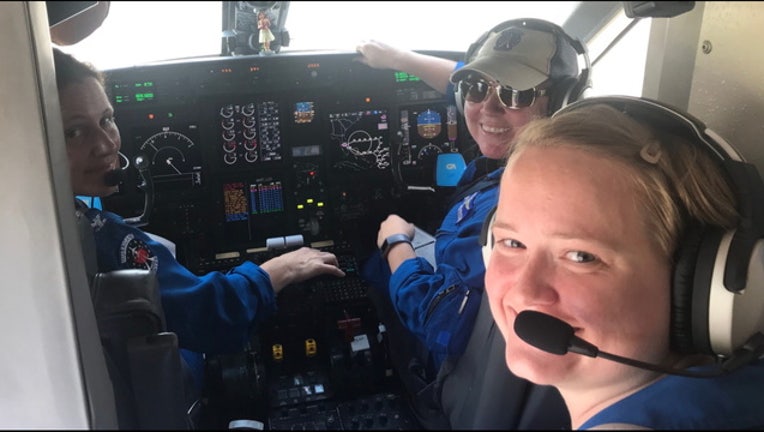 LAKELAND, Fla. (FOX 13) - The National Oceanic and Atmospheric Administration is operating around the clock to monitor Hurricane Dorian as it churns in the Atlantic.

Now one NOAA flight crew has made history.

The agency said this is the first time an all-female three-pilot crew flew a reconnaissance mission.

According to FlightAware, their NOAA plane took off from Lakeland and flew around Hurricane Dorian to collect data. The flight returned to Lakeland about 7 hours later after flying a total of 3,651 miles.

PHOTOS: Flying along with the Hurricane Hunters