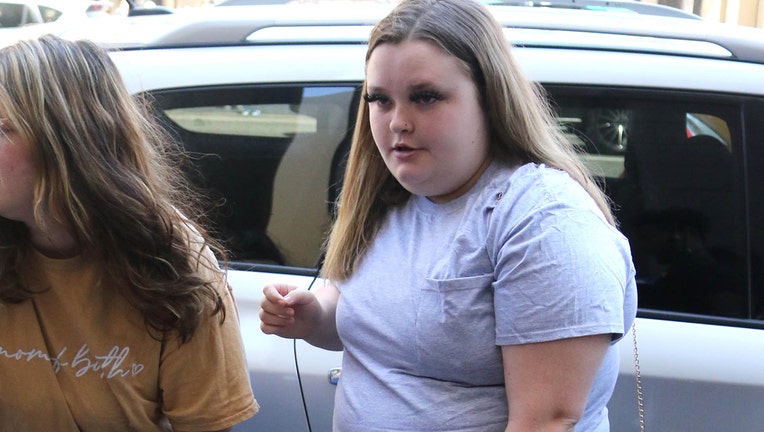 The reality TV star, 16, will be heading to New York City in late August for her surgery after her 17th birthday, Alana’s rep Gina Rodriguez confirmed to Fox News Digital on Wednesday.

The TLC star reportedly weighs 275 pounds and wants to slim down to 150.

After attempting numerous diets and increasing her exercise over the past year, Thompson didn’t receive the results she was looking for and is worried that her weight is genetic.  She believes weight-loss surgery is the solution to reaching her goals.

Thompson will be getting the procedure alongside her boyfriend, Dralin Carswell, 20, who shares similar weight-loss goals and wanted to go through the experience together.

The pair have been dating since 2021 and made it Instagram-official in September.

The former "Toddlers & Tiaras" star previously opened up about dealing with body-shaming from people on social media, as she posed for Teen Vogue in August.

"I don’t understand why people think this way," she told Teen Vogue during her interview.

"Just because I got a little bit of extra meat on my bones, you want to hate me? I’ll never get body-shaming… Like, I know I’m beautiful, and I know I got a banging body, so… I don’t care."

She also spoke candidly about not having "many friends" besides her boyfriend, Carswell.

"To be honest, I do not have many friends. At all," Thompson heartbreakingly admitted.

"Because I feel like folks are so much like, 'Oh, my God, I'm friends with Honey Boo Boo,'" she explained.

"I don't trust nobody really, so I don't have friends."

Thompson and Carswell received some backlash for their age gap in September 2021 after only dating for six months.

People were quick to criticize their relationship after Honey Boo Boo posted their first Instagram photo together, but quickly deleted it after the post was flooded with critical comments.

Despite the internet disapproving of their relationship, Thompson’s family reportedly has accepted Carswell.

The couple confirmed their courtship in March 2021 as the two reside in Georgia, where the age of consent is 16.