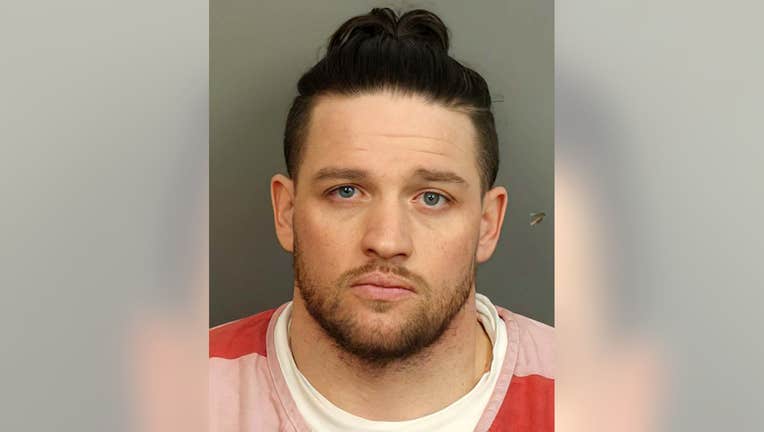 The Jefferson County Sheriff’s Office in Alabama is asking for the public’s assistance in locating 35-year-old Matthew Amos Burke. Burke was released from the Jefferson County Jail in Birmingham around 3:30 PM on Friday, December 10, 2021. (Jefferson

BIRMINGHAM, Ala. - A man sentenced to 17 years in prison for kidnapping a prominent Birmingham, Alabama, businessman was accidentally released from the Jefferson County Jail.

The Jefferson County Sheriff’s Office is asking for the public’s assistance in locating 35-year-old Matthew Amos Burke. Burke was released around 3:30 p.m. Friday. While the sheriff's office says circumstances surrounding Burke's release are currently being investigated, it speculates that missing paperwork may have been the cause.

Burke was transferred to the Jefferson County Jail from a neighboring agency on Nov. 24 to attend court. According to records, Burke's state charges were dismissed after a court appearance on Friday. At the time of transfer from the neighboring agency, there was no documentation left to notify jail personnel that Burke had been sentenced by a federal court and was not to be released.

It was discovered around 3:30 p.m. Monday that Burke should have been held for transfer to prison, where he was to serve an already imposed federal sentence.

Burke was sentenced to 17 years in prison for "kidnapping, bank fraud, and conspiracy to commit bank fraud," according to a news release from the U.S. Attorney’s Office for the Northern District of Alabama on Nov. 2. He pleaded guilty to the charges in April.

According to the plea agreement, on Sept. 11, 2020, Burke unlawfully entered the home of the victim. Burke then abducted the victim and transported him to Burke’s residence, where the victim was forced to transfer $250,000 from his bank account into another bank account, as directed by Burke. Once $250,000 was transferred, Burke drove the victim back to his residence and released him. The victim then contacted the Birmingham Police Department and the Mountain Brook Police Department.

That victim has been identified by local news outlets as Birmingham businessman Elton B. Stephens.

Burke is approximately 5’7″ tall, 170 lbs. with brown hair and blue eyes. He has connections to the Fultondale, Tarrant and Remlap communities. Anyone who sees him or knows of his whereabouts is asked to call 911.