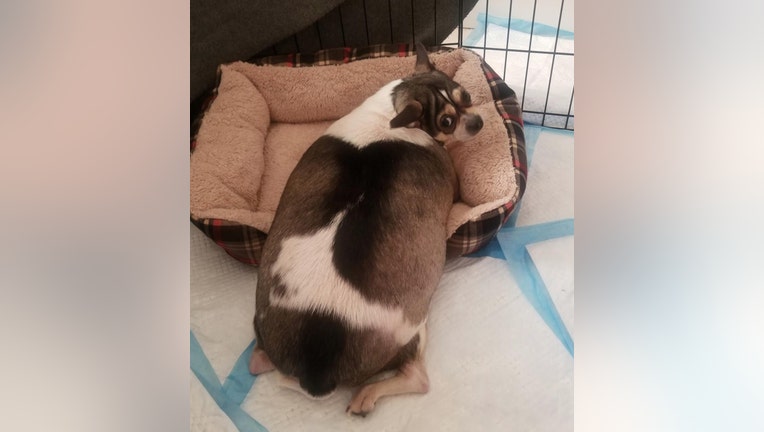 OAKLAND, N.J. - A disabled and dangerously overweight Chihuahua abandoned on the side of a highway in New Jersey in the spring has found a new home after months of medical care, exercise, and attention.

The dog, dubbed Stanley, was found inside a box on Route 80 in Paterson in March.

"All four of his legs were so badly deformed that Stanley was unable to walk, and to compound his disabilities, Stanley weighed 22 pounds, more than twice what he should, rendering him immobile," according to Ramapo Bergen Animal Refuge Inc., which rescued the dog. 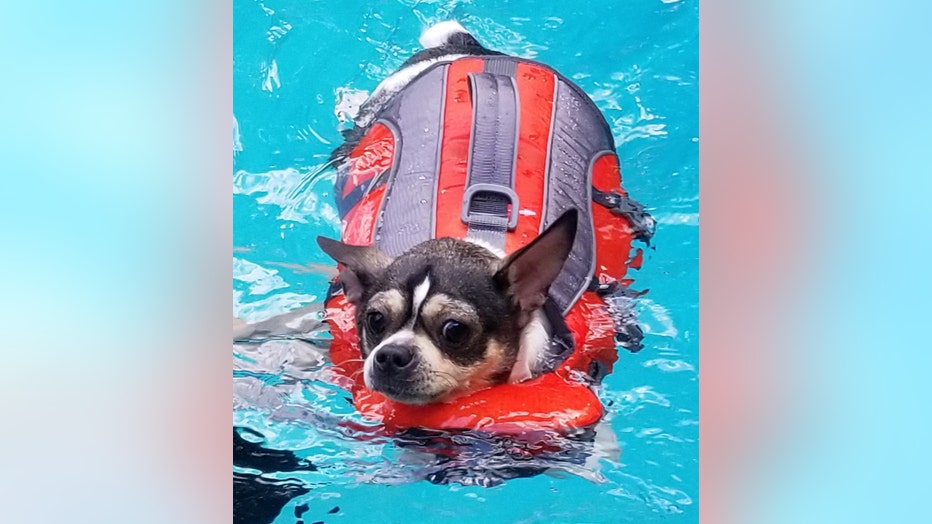 Stanley was placed in a foster home and began to undergo treatment and care.

"Stanley learned to crawl, then swim and then mastered his wheels to become a mobile, bright-eyed pup who's smile is a shining example of perseverance against the odds," RBARI said in a news release.

The dog slimmed down to 10 pounds, "barely recognizable," the group said. 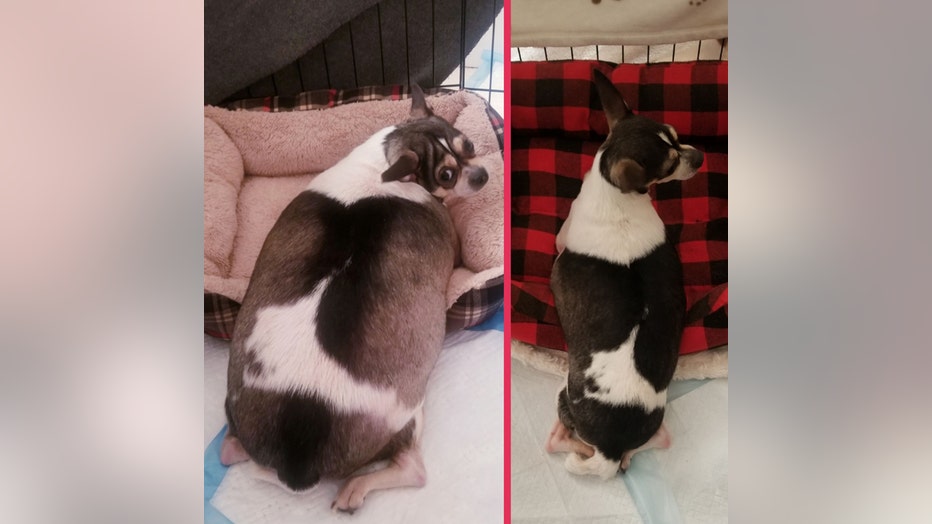 "Lifted up by the amazing support of this community, Stanley defied all odds, week after week," RBARI said. He formed a bond with his foster mom, Kathy, that allowed him to feel the love he had never been shown, and in return Stanley repaid her with unlimited kisses and the discipline to do what was necessary to become the healthy dog he now is." 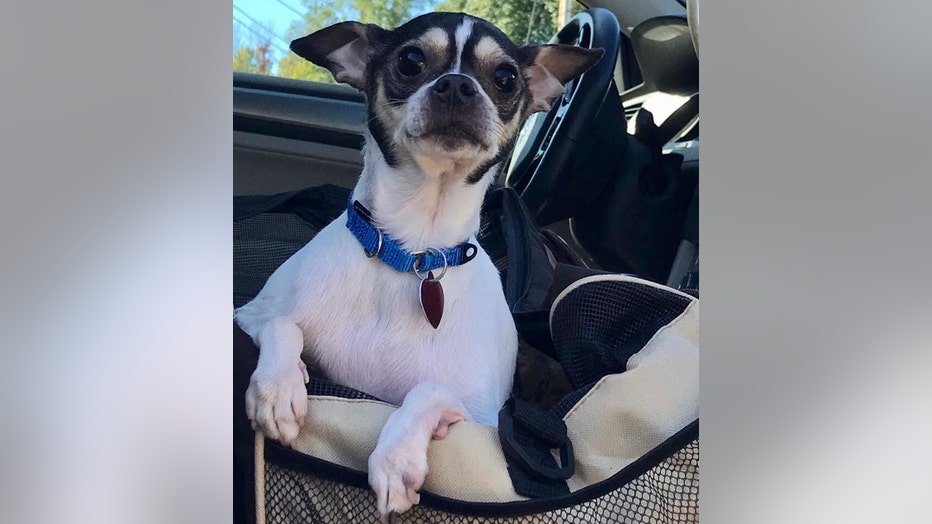