JACKSON, Mississippi - Down to a weekly unemployment check of $96, Fakisha Fenderson brushed aside her doctor's advice last month and began looking for a job.

In mid-May, Fenderson's employer, a door manufacturer, sent her home after a co-worker tested positive for the coronavirus. But the 22-year-old, who is six months pregnant and has asthma, felt desperate for work after a $600-a-week federal jobless benefit expired at the end of July.

Even worse, she doesn't qualify for a smaller $300-a-week check the Trump administration is now offering. That program, announced Aug. 8, requires the jobless get at least $100 in state benefits to qualify.

“It would have been such a huge help,” said Fenderson, who has a 1-year old son and lives in Laurel, Mississippi. “It’s kind of crazy, and it doesn’t make sense.”

The administration rolled out the new $300-a-week benefit, using money from a $44 billion disaster relief fund, after Congress and the White House failed to agree to extend the $600 payment. It was initially announced as $400, but that included an additional $100 from state funds that almost no states are providing.

Yet because of a raft of restrictions and bureaucratic hurdles, more than 1 million of the unemployed won't receive that $300 check, and their financial struggles will deepen. Many, like Fenderson, were low-paid workers whose state unemployment aid falls below the $100 weekly threshold. That stands to widen the inequalities that disproportionately hurt Black and Latino workers, who are more likely to work in low-wage jobs. 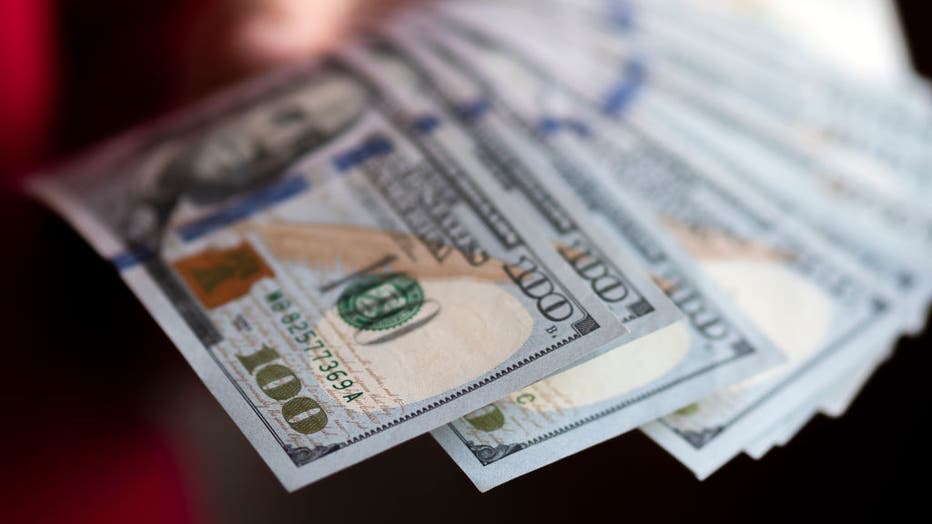 Some gig and contract workers won't qualify, either. What's more, the Trump administration's program requires the unemployed to certify that their job loss stemmed from the coronavirus — a provision that could trip up many. And the disaster relief money that is funding the new benefit could run dry in coming weeks.

On Thursday, the government said the number of Americans applying for unemployment benefits fell last week to a still-elevated 881,000. It shows that the pandemic keeps forcing many businesses to slash jobs. Counting all the government’s aid programs, roughly 29 million people are receiving some form of unemployment aid.

The rules to qualify for the new $300 federal check could undercut the administration's efforts to aid the jobless at a time of high unemployment. Eliza Forsythe, an economist at the University of Illinois, calculates that about 6% of people receiving state unemployment aid — 840,000 Americans — won't qualify for the $300 federal benefit because they earned too little before the pandemic. And that figure is likely an underestimate, Forsythe said, because it doesn't include gig and contract workers.

RELATED: Even as hiring slows, American unemployment rate falls to 8.4%

Responding to the problem, five states — New Hampshire, Kentucky, West Virginia, Montana, and Vermont — have said they will raise their minimum weekly unemployment payouts to $100 so that the unemployed in their states can receive the $300 check, said Andrew Stettner, a senior fellow at the Century Foundation.

Forty-four states have gained approval from the federal government to provide the $300 federal check, though these authorizations are typically for just three weeks of payments. States must then apply for additional weeks. Just seven states, with 15% of the nation's unemployed, have begun paying out the benefit, the Century Foundation calculates.

The $300 benefit can be retroactive, so many states will pay it to people who were unemployed in early August. That could drain the available money by mid-September.

Each state sets its weekly unemployment benefit using formulas based on the income the recipients received in their most recent jobs. For people earning the minimum wage or not much above it, that can mean minuscule aid. Mississippi’s minimum payment is $30. Nevada’s is just $16, Connecticut's $15.

The new requirement that the unemployed certify that their job loss was due to the coronavirus will disqualify many, said Michele Evermore, a policy analyst at the National Employment Law Project. Most recipients of state jobless aid haven't had to answer that question before, Evermore said, and it might not be clear that their eligibility for the $300 depends on the answer. Some may think they're being asked whether they have had COVID-19, Stettner said. And some layoffs, of course, are unrelated to the virus.

Then there are those Americans who earned most of their money before the viral outbreak as contract or gig workers but also worked part time in traditional jobs. The government's $2 trillion relief package made gig workers and contractors eligible for unemployment aid for the first time — but only if all their income was from such work.

If these workers spent even one or two days a week in traditional jobs, they must apply for aid through regular state unemployment programs, based on their modest income from that work. This could limit their benefit checks to less than $100 and bar them from receiving the $300 supplement.

Among them is Rachel Goff, a musician in South Bend, Indiana, who plays the viola in five different orchestras. About 60% of her pre-pandemic income, she said, came from gig work — performing at weddings and providing private music lessons. The orchestras would typically pay her regular wages with W-2 forms. So Goff, who hasn't played a regular concert since spring, is receiving unemployment aid of just $97 a week.

“When I found out that I wouldn't be eligible for the $300, that kind of broke me, to be honest,” she said. “That seems so arbitrary.”

Goff, 41, has performed for orchestras in Indiana, Michigan, Wisconsin and in Las Vegas, all of which have suspended performances. Weddings have dried up. Some teaching work has returned, but Goff estimates that all told, including her unemployment aid, she's receiving just 25% of her pre-pandemic income.

She's had to delay roof repairs, and she finds herself calculating what groceries she can afford — something she hadn't pondered “since I was a poor graduate student.”

Fenderson, meanwhile, was offered a job at a Sonic Drive-In but didn’t take it because she feared she’d lose health benefits that her current employer, Masonite International, is paying for. She hopes to return to Masonite in January after giving birth.

For now, it's a struggle. She moved out of a mobile home and into her parents’ house, where her sister also lives. It's been hard for the family to get by on her mother’s pay as a manager at McDonald’s.

While she was receiving the $600-a-week federal check through July, Fenderson was able to sock away some money. It's all gone now.