A look inside Indian Point

The nuclear power plant is going to be closed and torn down.

NEW YORK - Entergy will shut down the final unit of its nuclear power plant in Buchanan this Friday after 45 years of powering Westchester County and all of New York City.

It’s the end of an era for a former amusement park site that was transformed into a power plant back in the mid-1960s.

More than 700 employees are being forced to retire, relocate or look for other jobs. Entergy says the demand for nuclear power is no longer there. Today, it’s all about natural gas.

But before the last bit of nuclear power surges, FOX 5 News got an exclusive first and last look at Indian Point’s Unit 3 before it is shut down.

Environmentalists had concerns over the 240-acre plant over the years.  They claimed that the massive amounts of water the plant required killed fish in the river.  There were also fears that it could be a terrorist target. 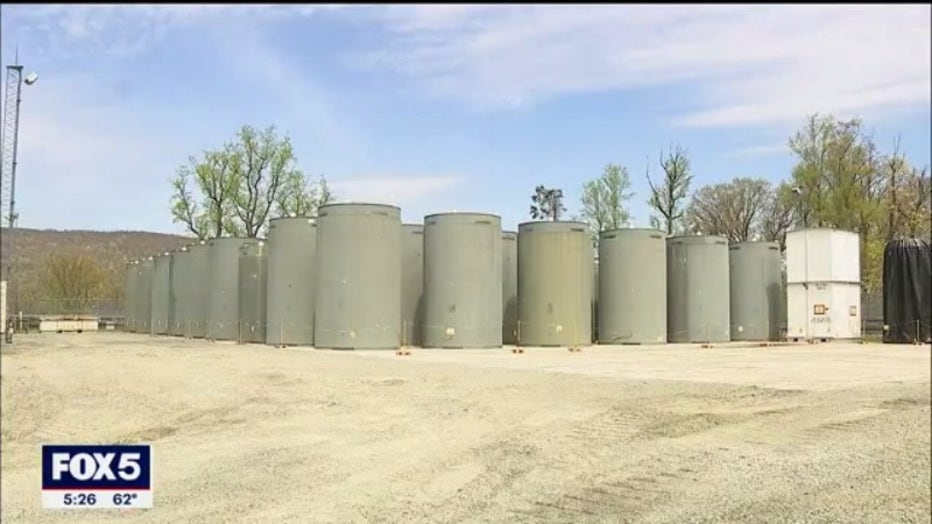 Nuclear waste site on the site of the Indian Point nuclear plant in New York.

The fuel rods and waste remain a public threat until they are moved to a "secure" location.  54 casks of radioactive waste are sitting outside the facility.  That number is expected to grow as the rest of the plant is taken offline.

"It’s going to sit here safely guarded by security officers until the government comes up with a solution to store that fuel to a central location," says Entergy spokesman Jerry Nappi.