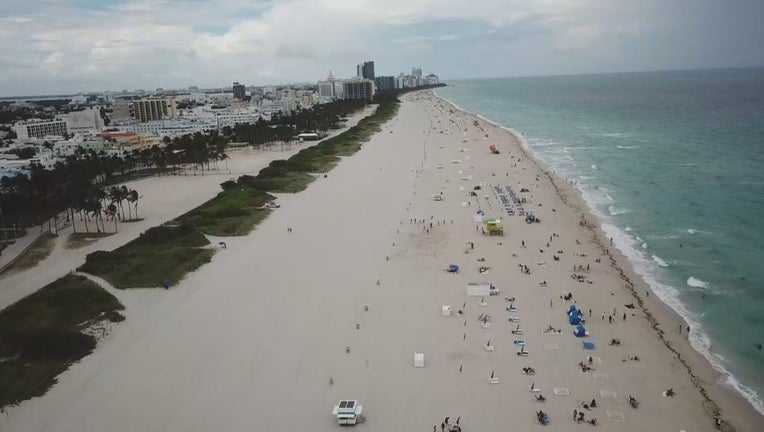 Miami Beach, where a 9-year-old Minnesota boy was attacked by a shark Sunday.

(FOX 9) - A Minnesota boy vacationing in Florida with his family survived a shark attack Sunday in Miami Beach.

Nine-year-old Jay Weiskopf was rushed to the hospital where he received treatment for injuries to his right shoulder, including surgery. He received more than 100 stitches on his side and shoulder.

A Minnesota boy vacationing in Florida with his family survived a shark attack Sunday in Miami Beach.

The family was waiting for their hotel room to be available when they decided to check out the beach Sunday morning.

Weiskopf’s mother told local media in Florida that she and her son were in waist deep water for only a few minutes. By the time she spotted the 4-foot grey shark, it was too late.

The boy was bitten multiple times. He has received a good prognosis, but doctors are worried about the long-term effects of his injuries.

The boy is expected to be released from the hospital late Monday.

Now, his parents think the beach should be closed with crowds flocking there for spring break.