7-Eleven worker has hot coffee thrown in his face

The NYPD says a man started helping himself to donuts and coffee at a Brooklyn 7-Eleven and then threw hot coffee in a worker's face when he tried to stop him from leaving without paying.

NEW YORK - A Brooklyn 7-Eleven worker was attacked with hot coffee when he tried to confront a robber.

It happened back in February, but the NYPD is only now releasing video of the incident.

The man opened a bag of donuts, ate one of them, then served himself coffee before he tried to leave the store without paying for the items.

A 46-year-old male employee tried to stop the man from leaving the store.  The robber threw hot coffee in the victim's face and knocked him down to the floor.

The man then took off on foot westbound on Brighton Beach Avenue.

The victim only suffered minor injuries.

The attacker is described as a dark-skinned male, 30 to 35 years old, 5'7", and weighing 130 to 140 lbs.  He was last seen wearing a dark-colored hooded jacket, a white hooded sweater, blue jeans, and dark-colored sneakers. 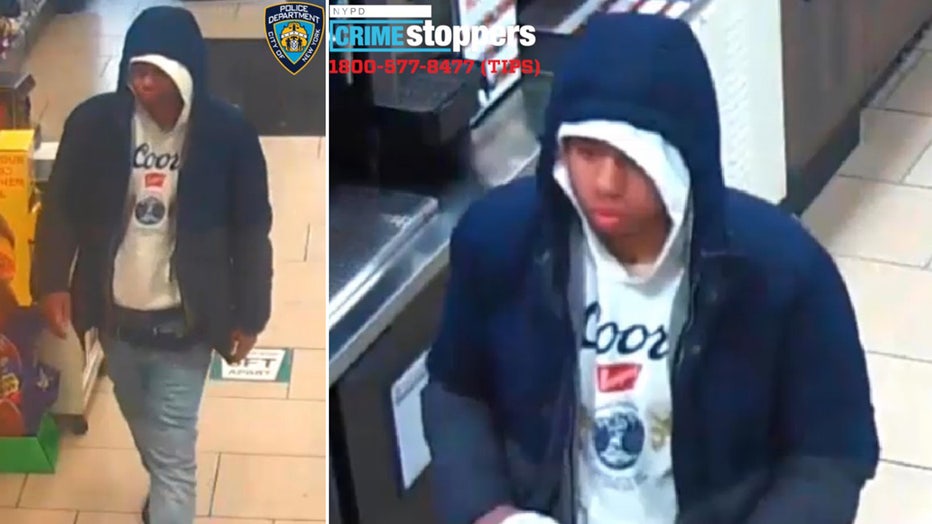