NEW YORK - Five men and one woman were shot in Prospect Lefferts Gardens leaving a 23-year-old man dead after he was struck in the chest.

Cops say at least two men pulled up to a crowd gathered near 271 Hawthorne Street at about 10:18 p.m. Wednesday and opened fire from a white sedan. The vehicle then took off.

A 28-year-old man was grazed in the back and taken to Brookdale Hospital in stable condition.

There is no description on the suspects. Police believe the shooting was gang-related. 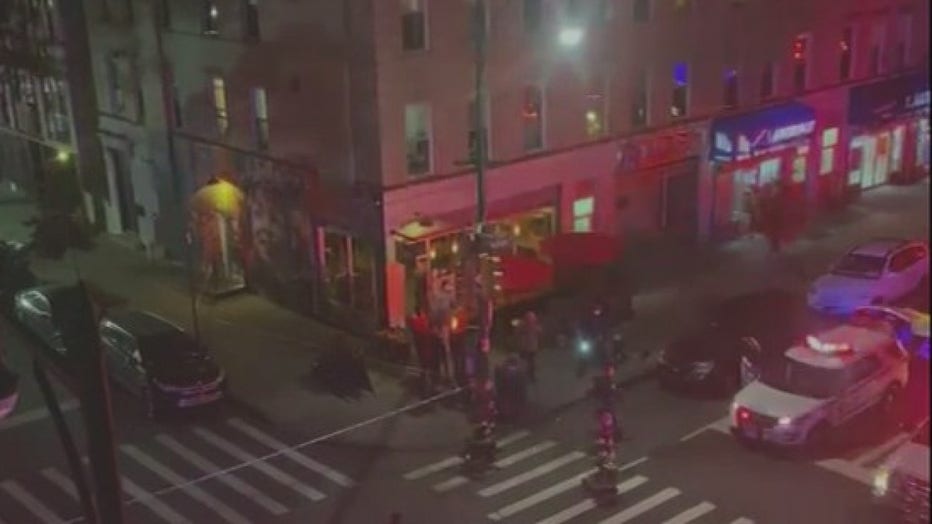 Cops say two or three men pulled up to 271 Hawthorne Street at about 10:18 p.m. Wednesday and opened fire from a white sedan. The vehicle then took off. (Citizen)

No arrests had been made.

Shootings are up across New York City.  According to the latest NYPD statistics, for the week of Oct. 12- Oct. 18, shooting incidents increased 92.4%, shooting victims were up 98.8%, and murders were up 32.6% compared to the same time period last year.