6 people hurt after shooting outside a South LA grocery store

The Los Angeles Police Department responded to a call from the Superior Grocers in the 10200 block of South Avalon Boulevard. According to LAPD, two suspects fired shots outside the store and into the store. 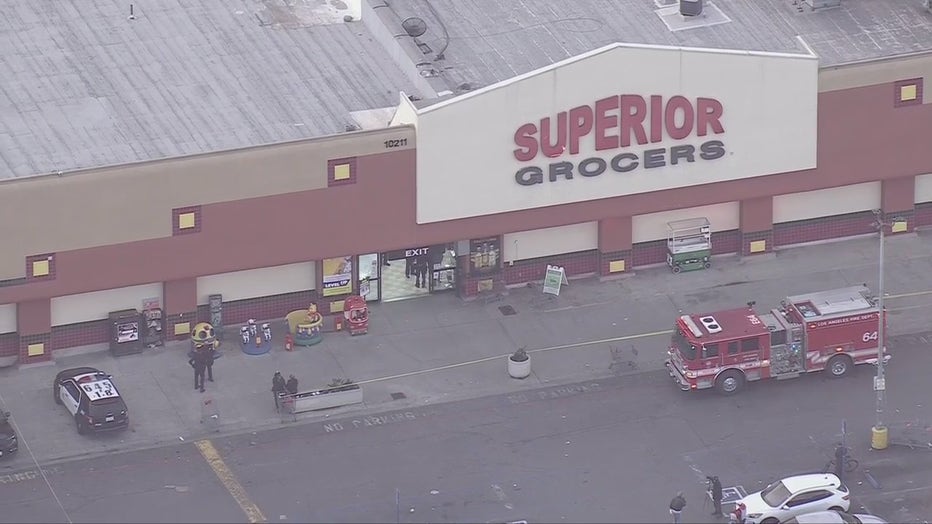 The chaotic incident left a total of six people hurt. Among the six total, two are in critical condition, two others are seriously hurt and the fifth and sixth patient turned down transport, according to the Los Angeles Fire Department.

The shooting is under investigation.

As of Friday evening, no arrests have been announced.