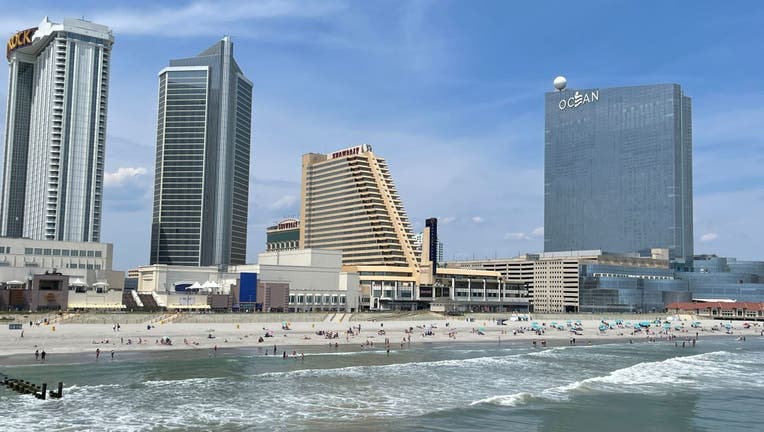 Sunbathers are seen on the beach in Atlantic City, New Jersey, in front of the Showboat Atlantic City hotel and the Ocean Casino Resort on May 22, 2021. (Photo by Daniel SLIM / AFP)

ATLANTIC CITY, N.J. (AP) - Atlantic City is getting a $50,000 state grant to help it come up with new uses for the site of the former Trump Plaza casino.

The New Jersey Economic Development Authority's 21st Century Redevelopment Program is giving a planning grant to Atlantic City to help the city devise a redevelopment plan for the now-vacant site in the center of the city's Boardwalk.

The casino, once owned by former President Donald Trump, closed in 2014 and had fallen into disrepair before being imploded in February.

The plan, to be devised by the city and the state-run Casino Reinvestment Development Authority, will work toward creation of a development corridor connecting the Atlantic City Convention Center and a new retail development to the Boardwalk area.