NYPD officials addressed Wednesday night’s protest in Manhattan over the election that ended in a violent clash with police.

NEW YORK - The NYPD announced that it had made nearly 60 arrests following protests in New York City on Wednesday night at demonstrators started fires, spit at officers, and threw items, including eggs, at police.

Demonstrators had hit the streets to support “Count Every Vote” as officials in battleground states across the U.S. continue to work to find the victor of the 2020 Presidential Election.

On Thursday, NYPD officials said they had created a new task force to quickly identify perpetrators of violence during protests.

"If we see any evidence of people intending violence or intending looting, we're going to deal with it," Mayor Bill de Blasio said.

While the main rally had dispersed peacefully, there were reports of fires being set and clashes with police in Greenwich Village.

“We support everyone’s right to self-expression,” the NYPD tweeted. “But setting fires puts others at risk and will not be tolerated.” 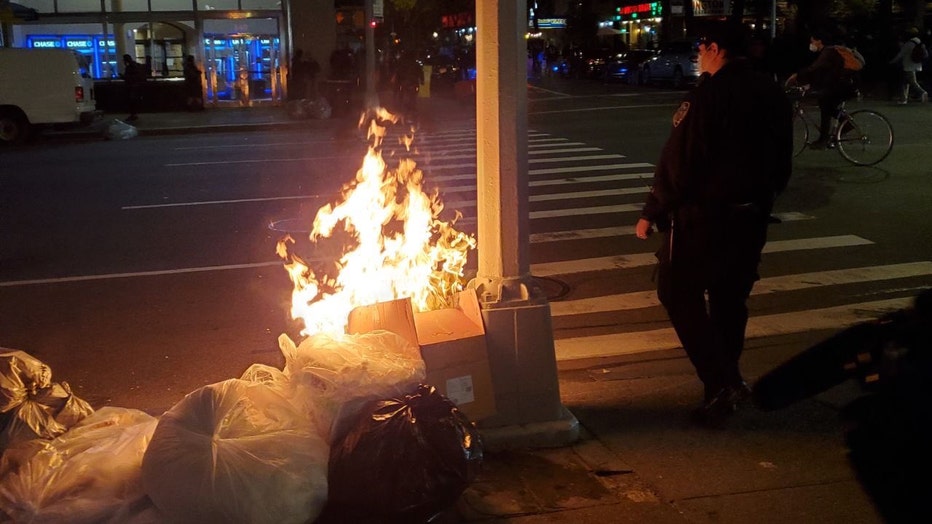 A fire burns in the West Village after protests in New York City. (Credit: @NYPDNews via Twitter)

The NYPD had prepared for protest and potential violence.

Protests also took place across the nation, but there was no sign of some of the widespread unrest that had concerned many in the run-up to the election.