BARTOW COUNTY, Ga. - A 5-year-old Georgia boy is being hailed a hero after officials say he managed to save several members of his family from a fire that started inside their home.

The fire was reported on Sunday on West Howard Street in Kingston. According to the Bartow County Fire Department, 5-year-old Noah Woods woke up to find his bedroom on fire. 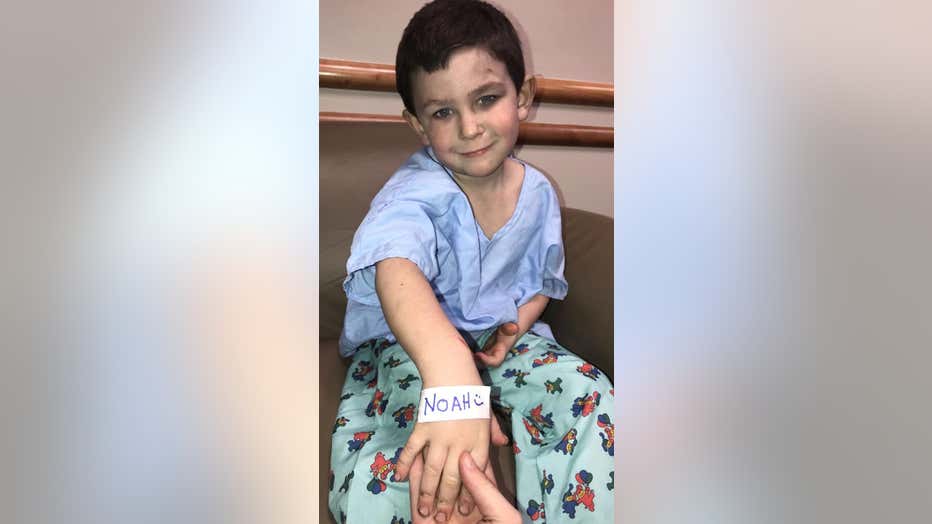 "The only available exit was a window. He got himself and his 2 year-old sister out of the window to escape the fire," Bartow Fire posted on Facebook.

Other family members were still inside. Brave little Noah knew what he had to do. He entered the house and alerted the others, officials said.

Noah and four other family members were treated for minor burns and smoke inhalation at Well Star Cobb Hospital. All are doing well, according to Bartow Fire.

"Noah is credited for saving himself and seven other family members."

Right now, the community in Kingston is working to get clothes and other items for the family.

On Friday BCFD Chief Dwayne Jamison is set to recognize Noah as an Honorary Bartow County Firefighter and present him with a Lifesaving Award.