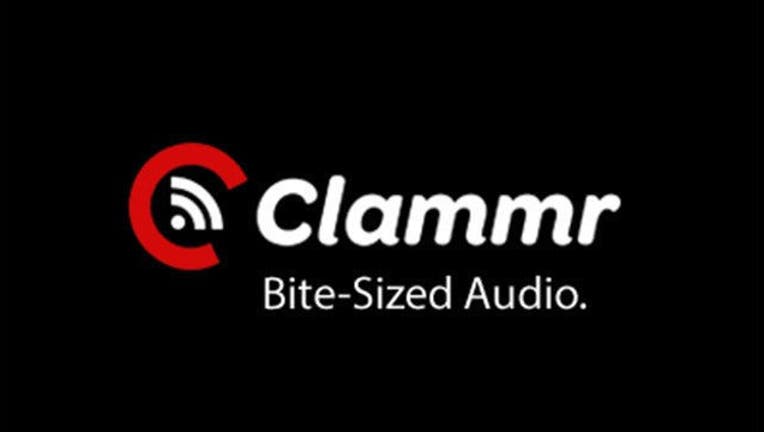 Apps come and go. Some are bought and shuttered. Others excite users and flourish. I am rarely intrigued by the latest hot social thing. But recently at a conference in Las Vegas, I learned about a new product that was summed up like this: it's Twitter for audio. And that got my attention.

The app is called Clammr, a stream of short audio clips -- 18 seconds or less -- from podcasters, musicians, comedians, journalists, media companies and more.

David Silverman is a thirtysomething Canadian-born musician, lawyer, businessman, and entrepreneur. As the cofounder of Clammr, he wants you to use those four hours of your day when you cannot consume visual media wisely by getting the most out of audio.

I met David at New Media Expo, where he and co-founder Parviz Parvizi hosted a seminar about the power of socially shared audio. He told me that he'd been an engineer at a recording studio in British Columbia and had recorded an album of his own music thanks to a grant from the Canadian government. But his plan was always to go to law school. Indeed, on his first day at Yale Law he met Parvizi, who would become his best friend and business partner.

That something was Clammr, a play on the word clamor, a company based in Los Angeles. I spoke to David about what he envisions for the company, which started less than a year ago and only just raised the curtain on the flagship product.

DAVID: "Clamor" really connotes lots of little sounds. This is a continuous bite-sized audio stream. That's what we're building. From a meaning standpoint, it's a really nice fit. My wife's really good at naming stuff. One day she was in the shower and she stuck her head out and said "Clamor!" and I said "Yes!"

2. Is the purpose of the app to promote longer audio, such as music or podcasts hosted elsewhere, or are the clips meant to be self-contained?

DAVID: Twitter is actually a pretty good metaphor for what's happening here. From the user-experience standpoint, it's a continuous stream of bite-size audio. Users want to follow things within 18 seconds — it's a short-form world. It's an increasingly short-form world. And users want to consume valuable nuggets of information quickly and efficiently. So the content that's working best — getting the most listens, the most likes, most shares — is standalone bite-size valuable nugget — 18 seconds or less, which is actually a surprisingly long amount of time. Like Twitter, it's a standalone nugget but it links to a longer story. There is a ton of content on Clammr today that is summarizing articles, highlights from podcasts, hooks from music, highlights from video podcasts. Clicking through is definitely a key part of the experience.

3. Are you worried that Instagram and Vine might decide "Hey you know what? We're going to do this, too"?

DAVID: When you are in business — whether it's a brand-new start-up or any kind of business — competitors are frankly a perpetual threat you always have to be aware of. And that's true for any business and it's true for every business I've ever been involved in. Audio has a discoverability and shareability problem — everyone knows it in the audio space. We're focused on solving that and helping users find all the best audio content that they're interested in. Facebook, for example — super-talented brilliant people. They can't just throw money at that problem. You actually need people that understand the problem, are committed to the problem, are iterating with users on the problem, are super-focused on the problem, and it's hard to do that in a big company. If you look at a lot of Facebook and Twitter's moves — they haven't actually been creating whole new businesses within themselves. Instead, Facebook bought Whatsapp, bought Instagram, because it's hard to innovate. It's hard for big companies to really focus on a new problem. That's what startups do.

4. Do you envision Clammr as a kind of social network?

5. You must be super busy but do you still play music and if so do you put your music on Clammr?

DAVID: I stopped playing music for a long time. I recently had a son who's about 20 months old. I play a lot of kids' songs now. He likes to come into my office, and hits the guitar and says "Dada, guitar!" and we sing kids' songs and it's awesome. And I'm trying to teach him real music — Paul Simon and the Beatles. So that's pretty awesome. I haven't put anything up on Clammr yet but I have done some extracts and hooks of other people's music. I have discovered some amazing rappers. In particular, it's a genre that works really well in bite-size format. A couple of rappers jump to mind right now. There's a guy named Mike the Bubbler, who's putting some really great stuff up on Clammr, short-form hooks. Blaze Johnny is doing some great stuff.