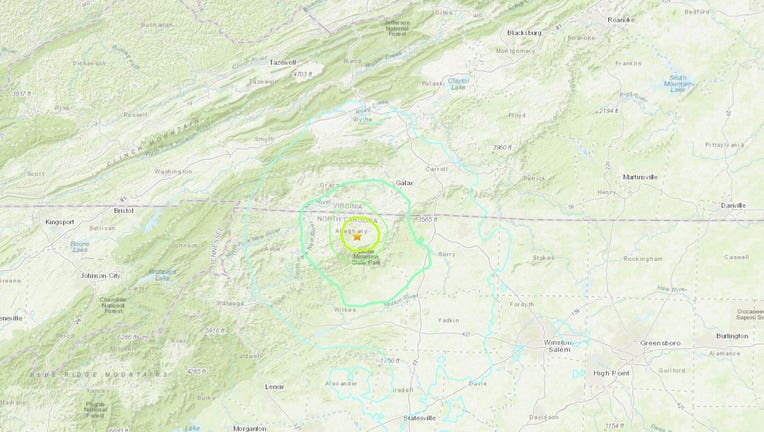 NEW YORK - People across at least seven states reported feeling a magnitude 5.1 earthquake that hit North Carolina on Sunday morning. The quake, one of the largest on record for the region, hit just after 8 a.m. about 1 mile outside of Sparta, North Carolina.

It happened in the Blue Ridge Mountains, northwest of Winston-Salem.

The earthquake was felt in South Carolina.  Rep. Jeff Duncan says he felt it in Laurens County.  Shaking was also reported in Roanoke, Virginia and in several locations in Tennessee, Mississippi, and West Virginia.  Some people in the metro-Atlanta area in Georgia felt it.  Most of the reports were that the shaking was light.

No injuries or damage were immediately reported.  The Charlotte firefighters union tweeted that no damage was reported in the city from the earthquake.

The USGS says that moderately damaging earthquakes strike the inland Carolinas every few decades and smaller ones are felt about once a year or two.