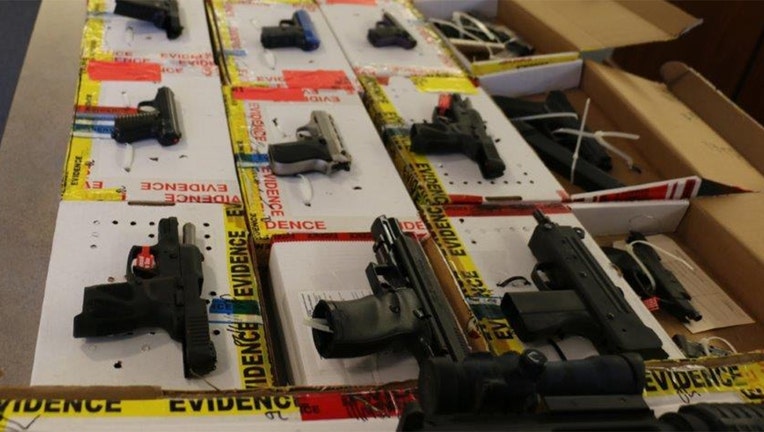 Nassau County officials say 40 people have been indicted as part of the months-long investigation. Seven of the defendants remain on the loose.

Authorities claim that nine people emerged as major traffickers as part of the investigation.  Officials say the nine acted as major suppliers to numerous smaller dealers in Nassau County and worked together to obtain and distribute narcotics.

Approximately 520 grams of cocaine, 50 oxycodone pills, two narcotics presses, and bullets were recovered from one a  defendant's home in Hempstead.

Five defendants allegedly sold a cocktail of heroin, fentanyl, and cocaine. One defendant allegedly cut heroin with fentanyl and morphine.

Authorities say they recovered 38 guns, almost 10 kilos of pure cocaine, 1.5 kilos of crack cocaine, a kilo of heroin, along with fentanyl, morphine, and more than $380,000 in cash in various search warrants and car stops.

In total, the street value of the narcotics seized is estimated to be approximately $2,772,000.

Investigators say they say they started an investigation after an uptick in violence as cocaine demand started outpacing supply during the coronavirus pandemic.

Data from the Nassau County Medical Examiner’s toxicology lab through September 2020, indicate that fatal overdoses have spiked more than 30%.