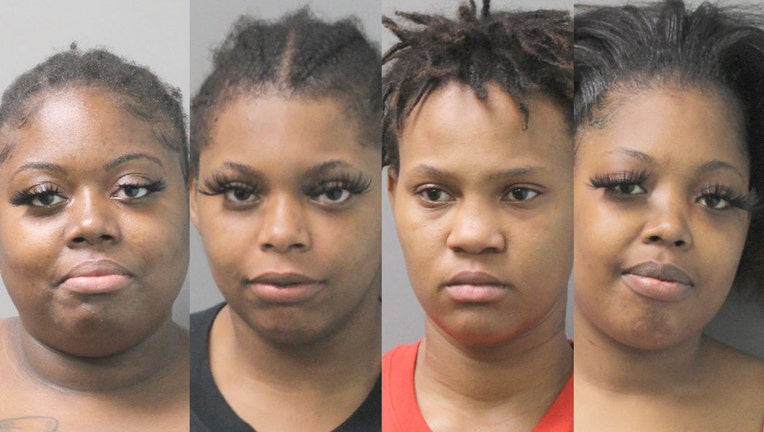 NEW YORK - Four Brooklyn women were arrested at a Long Island Walmart after they allegedly attempted to steal items and punched a security officer on Sunday afternoon.

Sada Stricklin, 25, Fantasia Hall, 23, Michelle Freeman, 28, and Shariel Stith, 27, are accused of improperly scanning their merchandise at the store on Green Acres Road in Valley Stream.  A security officer went up to them but they allegedly tried to leave the store without paying.

The women became enraged and two of them punched the 51-year-old man in the face, according to detectives.

Nassau County Police responded to the scene and arrested the women.

The guard, who is a 51-year-old man, suffered pain and swelling and was transported to a hospital for treatment

All were due in court in Mineola on Monday.