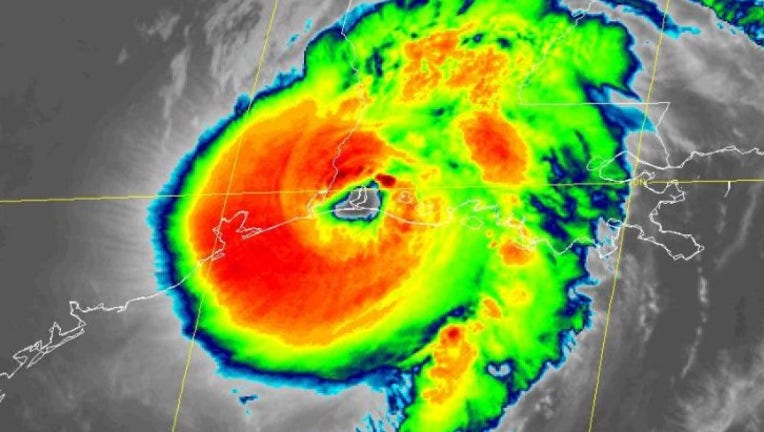 The National Hurricane Center said Laura made landfall in southwestern Louisiana near Cameron around 1 a.m. August 27.

The governor of Louisiana says four people were killed by falling trees as Hurricane Laura moved through the state.

Governor John Bel Edwards said all of the deaths were caused when trees fell on their homes.

None were on the coast, having happened in Vernon, Jackson and Acadia parishes.

The first reported death, of a 14-year-old girl whose house was hit by a tree, was in Leesburg, more than 100 miles inland from the coast.

In Acadian Parish, the sheriff said a 68-year-old man was also killed when a tree fell on his home.

Hurricane Laura made landfall in the state around 1 a.m. Thursday as a Category 4 hurricane and weakened to a tropical storm about 11 hours later as it moved north.

Laura hit the U.S. after killing nearly two dozen people on the island of Hispaniola, including 20 in Haiti and three in the Dominican Republic, where it knocked out power and caused intense flooding.

The Associated Press contributed to this report. This story was reported from Houston.