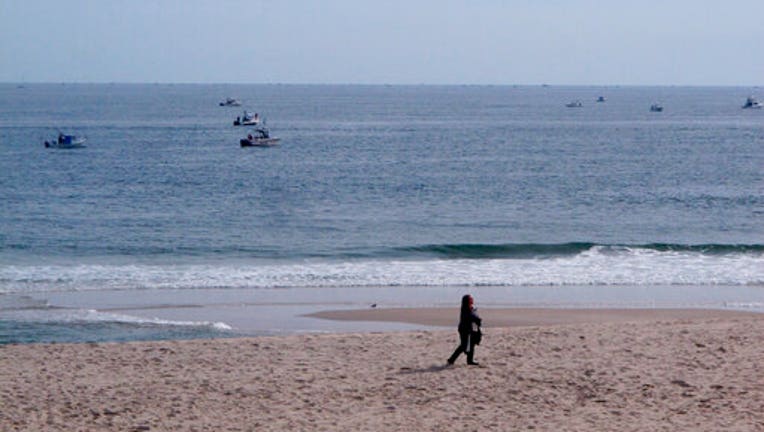 This Oct. 25, 2019 photo shows a woman walking on a section of beach in Long Branch N.J. that is due to be replenished in the coming months under a $37.4 million project to refill sand levels on some beaches that were widened after Superstorm Sandy i

LONG BRANCH, N.J. (AP) — New sand is on its way to some New Jersey beaches that were rebuilt after Superstorm Sandy but have suffered erosion since then.

Federal, state and local officials announced Friday that a new beach replenishment project will begin soon in Long Branch, Monmouth Beach and Sea Bright. That area encompasses some of the most flood-prone sections of the Jersey shore.

The $37.4 million project will start in December and should be finished by March. It's deigned to repair and maintain beaches that were widened after Sandy struck the coast.

The seventh anniversary of the destructive storm is Tuesday.

The U.S. Army Corps of Engineers already has identified additional beaches in those areas to be repaired with future funding.