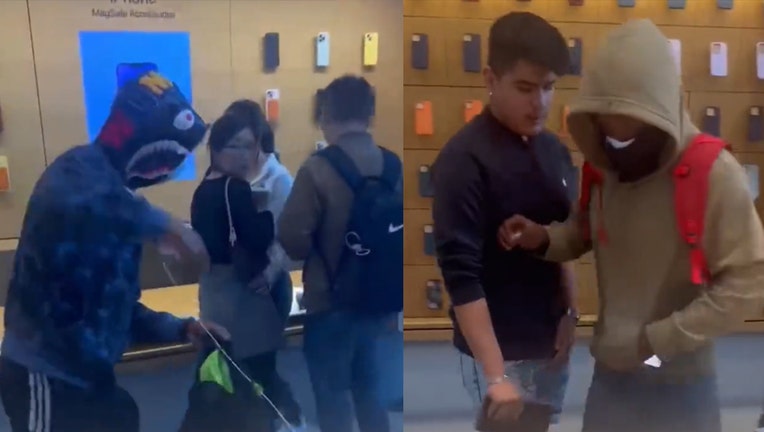 Two thieves made off with an estimated $35,000 in Apple products as they robbed the store in front of shocked holiday crowds.

It happened at the Apple store in Palo Alto, California in the afternoon on Black Friday.

Video posted to social media showed the two masked men grabbing iPhones and laptops throughout the store as customers tried to back out of their way.

An Apple employee allegedly heard one of the thieves threaten violence against anyone who tried to stop them, police acting Capt. James Reifschneider told Palo Alto Online.

The threat of violence reportedly elevated the crime to a robbery.

The men remain on the loose.

No one was injured in the incident.