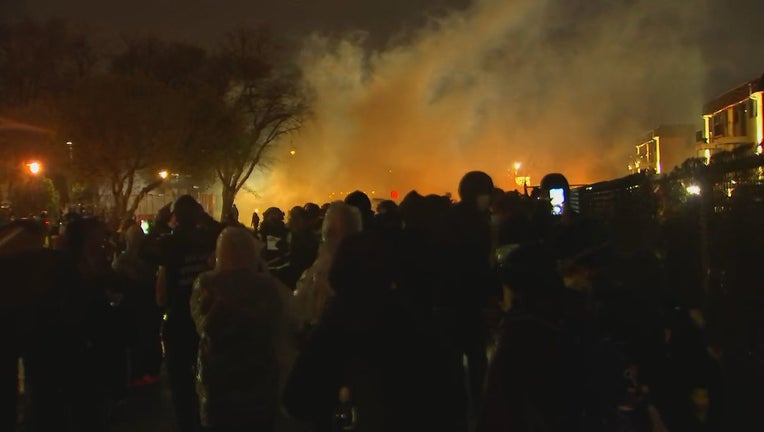 Tear gas fills the air during a protest near the Brooklyn Center Police Department on Monday, April 12 following the deadly police shooting of Daunte Wright.

Protesters gathered outside the police headquarters throughout the day Monday, but the crowd swelled in the evening, with many deciding to stay after 7 p.m.

One day after police shot and killed a 20-year-old, hundreds of protesters gathered outside Brooklyn Center Police Department, with many staying past the 7 p.m. curfew implemented by officials earlier in the day.

Law enforcement issued dispersal orders to the crowd after 7:30 p.m. Monday night, but much of the crowd remained. They warned that curfew violations are misdemeanor charges for anyone arrested. Officers began making arrests shortly after 9 p.m., according to the Minnesota Operation Safety Net Twitter account. During an overnight press conference, officials said about 40 arrests were made as a result of the protest, ranging from curfew violations to rioting. Tuesday afternoon, they clarified that 34 total arrests had been made by Hennepin County deputies, Minneapolis police and Minnesota State Patrol.

In a news conference early Tuesday morning, police said protesters did try to break through the barrier erected around the police department, but were unsuccessful. A few officers received minor injuries after being struck by debris, police say.

Police used pepper spray on protesters during a demonstration near the Brooklyn Center Police Department after curfew Monday night.

Just before 8 p.m., police deployed tear gas on a group of protesters in the night's first confrontation between demonstrators and law enforcement. More tear gas and flash bangs were used by law enforcement throughout the night. Crowds were also seen throwing fireworks and other projectiles back at police.

Some businesses near the police department suffered damage from looting. Law enforcement officials say the Dollar Tree had "significant" damage. Windows were smashed, items were taken and the store was left in disarray. 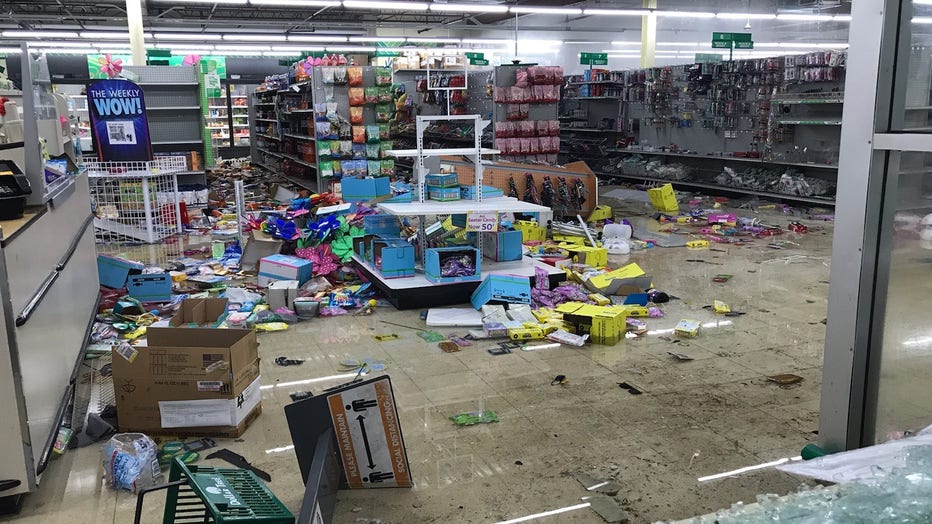 The crowd began to dwindle around 9:30 p.m. Around that time, Minnesota Attorney General Keith Ellison and Brooklyn Center Mayor Mike Elliott spoke with protesters at the site of the protests and urged them to go home.

Earlier in the day, the family of Daunte Wright held a vigil at the site of his death, where a fist sculpture has also been erected.

The bodycam video of the deadly arrest was released earlier in the day Monday. The police officer who fatally shot Wright during the traffic stop mistakenly drew her handgun instead of a Taser, according to the police chief. 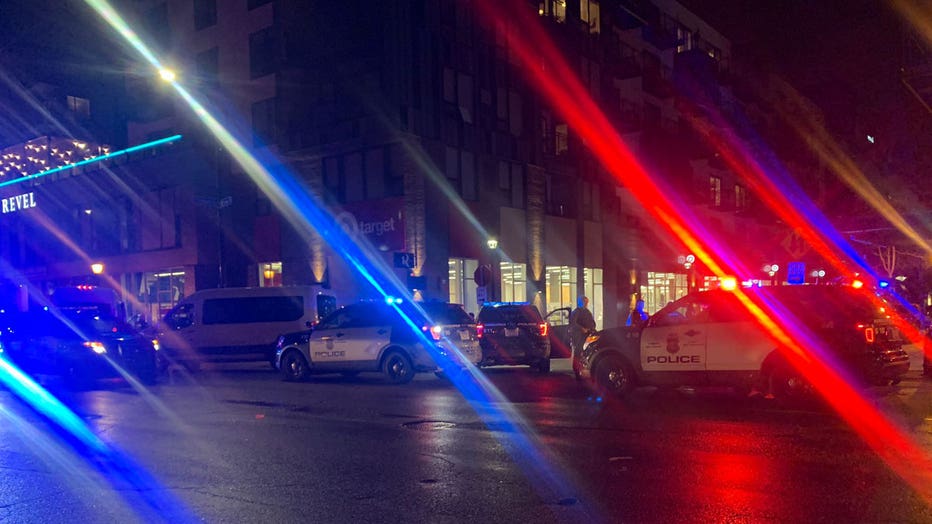 Minneapolis Police say they were responding to reports of looting and break-ins at businesses across the city Monday night.

In total, Deputy Chief Amelia Huffman said only five businesses were burglarized city-wide. Four arrests were made for burglary, two for shots fired, six for curfew violations and one for an outstanding warrant.

The Uptown Target Express, a liquor store on Broadway Avenue, a tobacco store, an AutoZone store and a shoe store were among the businesses burglarized, police said.