A Minnesota 3-year-old asked her mom for a morbid "Lion King"-themed birthday cake for an albeit hilarious and genius reason.

MINNEAPOLIS - One 3-year-old Minnesota girl decided to have her cake and eat it too - literally.

Leona celebrated her birthday on May 28 and since her mom was not going to get her what she wanted most, which was a live donkey, for practical reasons, her mother instead bargained for a themed cake.

Leona’s mom, Alison Feigh, asked her daughter what kind of cake she would like on her special day and was surprised to hear her answer. 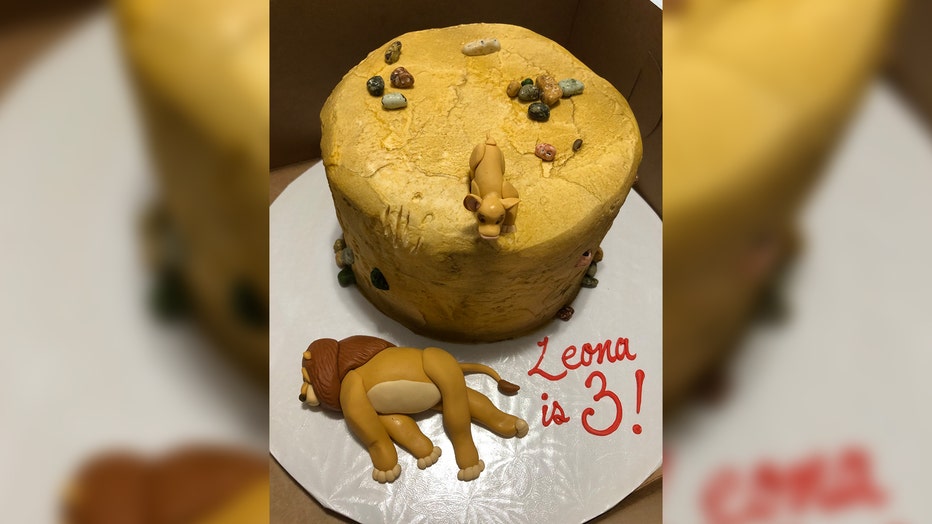 Leona wanted a "Lion King"-themed cake, which may seem normal until she described the specific scene she wanted depicted on the cake.

This quirky and albeit genius toddler asked her mom to get a cake that showed the tragic death scene of Mufasa, Simba’s father. 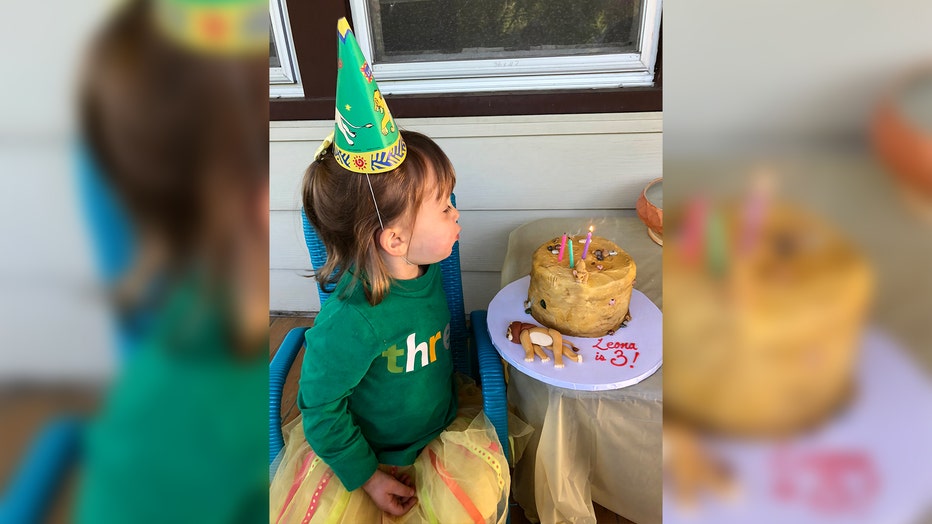 Leona blowing out the candles on her "Lion King" cake. (Alison Feigh)

"And I think my sister laughed so hard at that response that she (Leona) picked up, ‘That’s a fun response,’" Casey Feigh, Leona’s uncle told FOX TV Stations. "She didn’t really get why but knew that that was like a thing that adults would laugh at so for the past few weeks leading up to it, we would keep asking her because usually, her opinions change as any about-to-be 3-year-old does, but because she got such a big response from my sister for the first time, she would always say the same thing, she always wanted the Mufasa dead ‘Lion King’ cake."

So Leona’s mom emailed a local bakery called Thirsty Whale Bakery in Minneapolis and put in a request for her daughter’s strange cake.

To Alison’s surprise, the bakery was more than delighted to take on the task.

"My sister originally emailed them (the bakery) the order because she was too embarrassed to go in person or to call," Casey said. "She thought that if she emailed them, maybe they would just write back, ‘Hey, you’re a weirdo,’ rather than having to get it in a phone call. But they were great, and they in fact gave her options of different moments in the death scene. They did all the work." 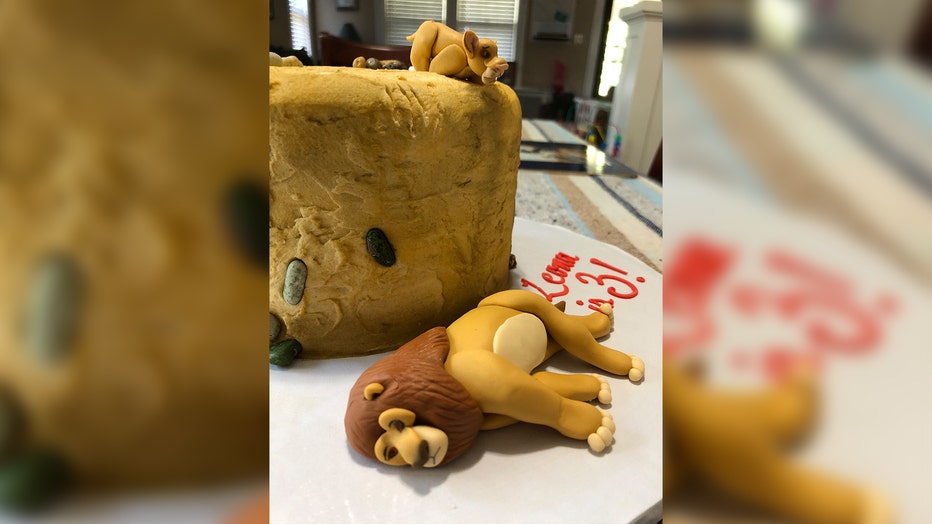 And when it was time for the party, Leona was delighted to get her special cake. But, despite her endgame of wanting to eat the entire cake by herself, she could only stomach a bite.

"She did not eat the whole cake herself, in fact, she licked the frosting off it, had a bite and she was full and the adults got to eat the rest of it," Casey said.

When Leona’s uncle posted photos of his niece and her cake on Twitter, he was not prepared for the immense response it received.

"I thought, I’m a comedian and a writer so I thought it’d be like a fun thing to show to people I’ve got a cool niece who’s funny. I guess I get why it connects," Casey continued. "That movie is universal, worldwide famous, and kids say the darndest things is certainly a type of comedy, so I get why it happened." 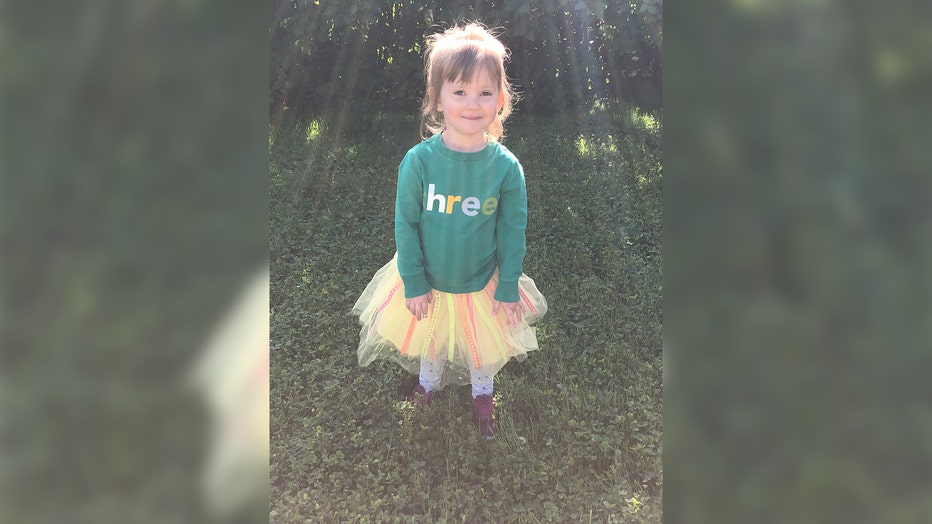 Leona during her birthday party.

While Casey was excited about the overwhelming popularity the photos of his niece got, he was far more thankful that the impact was bigger than just giving people a laugh.

Casey was able to share information about the non-profit his sister works for called the Zero Abuse Project on his Twitter thread, which aims to "protect children from abuse and sexual assault, by engaging people and resources through a trauma-informed approach of education, research, advocacy, and advanced technology," according to the website.

RELATED: 4-year-old inadvertently buys over $2,600 worth of Spongebob popsicles on Amazon

"When it started getting popular, I asked my sister, ‘Hey, people are seeing this, do you want me to promote?’ and she mentioned the non-profit she works for," Casey said. So he shared a link to the Zero Abuse Project and now it has received an increase in donations.

"They’re getting money and exposure off this so hopefully, it’s just another fun story that helps them," he added.

"Hopefully this is just a nice little story in her scrapbook of life and she can look back on it and not remember or not really know much about it and it’ll just be a fun birthday surprise," Casey said.