A 3-year-old girl has been located safe and sound after an Amber Alert was issued for her early Wednesday.

DALLAS - A three-year-old girl has been located safe and sound after an Amber Alert was issued for her early Wednesday.

Police have released more details about her time with the car thief, and the men who found her and called police.

Chastity Collins was inside a white Lincoln sedan that was stolen from a 7-Eleven parking lot at west Ledbetter Drive and Hampton Road in Dallas about 12:30 a.m.

The girl’s mother told police she had gone inside the store and left the car running with her daughter inside. The woman says she saw a man jump inside the car and speed away with Chastity still in the vehicle.

Mounted police cameras recorded the car heading north on Hampton, shortly after the car was stolen. That was the last time anyone saw that stolen vehicle.

Collins was located later Wednesday morning, at about 11 a.m., according to Dallas police. 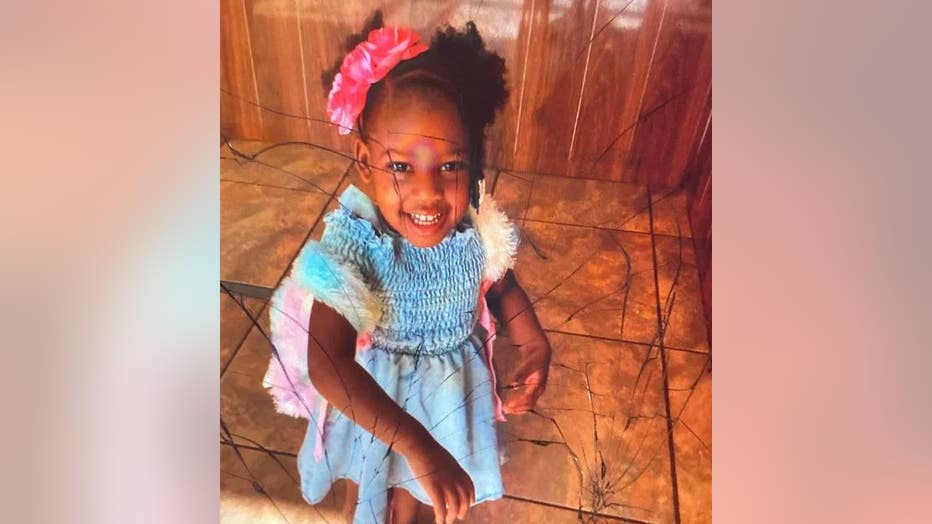 She is safe thanks in part to alert construction workers who knew they had to help.

Rgainldo Huerta and his brother, Israel — two young fathers themselves — made an unusual discovery at a work site in the 1000 block of Mountain Lake Drive in Oak Cliff.

They found Collins inside the white Lincoln sedan, the subject of an Amber Alert.

“She was crying, she was crying and she was banging on the window trying to get out,” Rgainldo recalled.

“I got the alert on my phone this morning. We realized it was the same car when we were on the phone with 911,” Israel said.

Authorities had desperately been trying to find the toddler since about 12:30 a.m., after she was inside a vehicle that was stolen.

Home surveillance video showed the car being dumped in a neighborhood about three miles away.

The suspect took off on foot, leaving Chasity behind.

A homeowner said the video time stamp was off, but estimated it was at about 1:30 a.m., meaning Collins was alone in the car for about 10 hours when the Huerta brothers arrived.

“I couldn’t believe that person left the child in the car for a long time,” said Maria Lorenzo, who lives nearby.

“We just tried to calm her down, gave her water, tell her, ‘Mommy will be here,’ and she calmed down right after that,” Rgainldo recalled.

Those who live nearby were stunned an Amber Alert would come to an end so close to home.

“When I saw that the streets were near Ledbetter and Hampton, I thought, ‘Oh, that’s really close to where I live.’ That’s when I put two and two together,” Breanah Mercado said.

Relief it all concluded with a child going home.