Mother by bedside of child accidentally shot by sibling

LAKELAND, Fla. - A 2-year-old girl is still in critical condition after being accidentally shot by her 3-year-old brother Friday night, according to Polk County deputies.

Three family friends – 23-year-old Kevonte’ Wilson, 24-year-old Chad Berrien, and 23-year-old Rodderick Haynes – told investigators they were watching basketball while caring for the children at a home near Wabash Avenue and Ariana Street in Lakeland.

Investigators say the little boy found Wilson's handgun and pointed it at 2-year-old Kalli Berrien, shooting her in the chest. Wilson and Berrien jumped in the car to take the girl to a hospital but got into a crash on the way there. 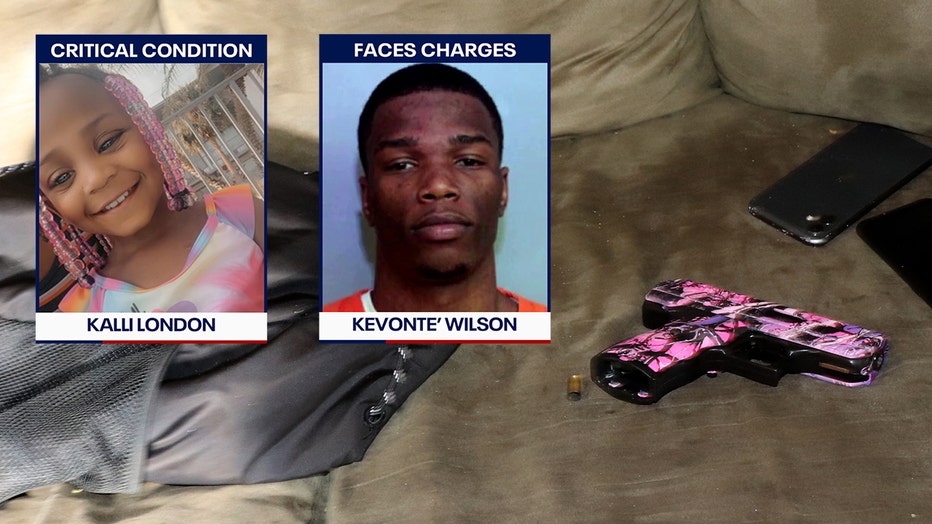 A good Samaritan took Kalli and another adult male to the hospital from the crash scene.

Since Friday night, Kalli has undergone two surgeries and remains sedated. Kalli’s mother, Shalissa London, rushed to the hospital. Now she's trying to stay strong for her kids while her daughter hangs to life. 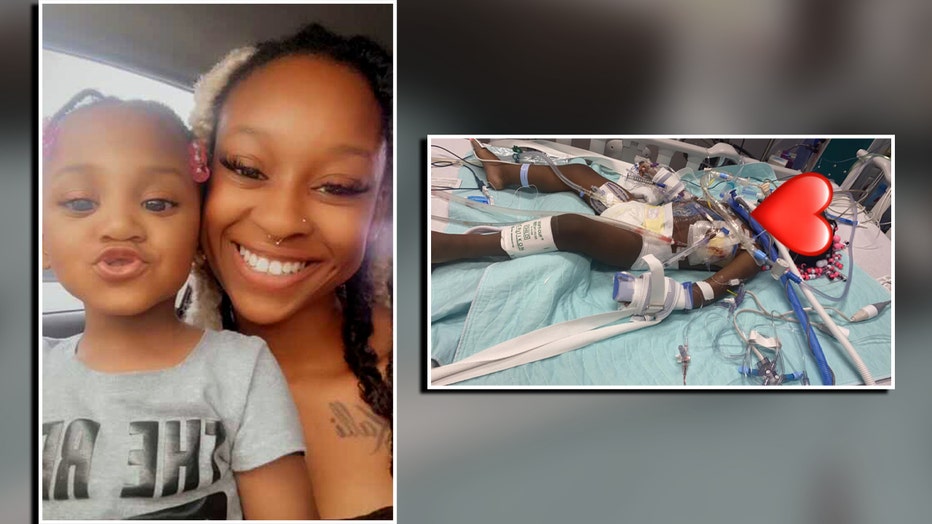 "I was scared, I was worried, and I was upset. You know, different things like that. And my main concern was just getting to my children," London said. "She moves from time to time, she kicks her leg sometimes, but since she has a breathing tube in right now, they’re keeping her sedated so she doesn’t feel the pain."

Wilson was arrested for carrying a concealed firearm and failure to safely store a firearm. Berrien was arrested on four outstanding warrants.

"Always watch who is entering your residence. Watch what they are bringing into your residence, and make sure, make sure that you are keeping your kids safe," London said.

A GoFundMe fundraiser has been set up to help Kalli's family with medical bills.