Two police officers were killed and another was injured after being lured into what authorities believe was an ambush in Bristol on Wednesday evening.

BRISTOL, CT - 3 police officers were shot in Bristol, Connecticut late on Wednesday in what authorities believe was an ambush. Two of them died, according to police officials.

A 911 call for a domestic dispute came in just before 10:30 p.m. for a fight between siblings at 310 Redstone Hill Road.  That is a residential area of the city near the headquarters of the sports network ESPN.

When officers arrived, they say the suspect was outside the home and opened fire on the cops.

One of the officers was shot dead at the scene.  Another died at the hospital.   The third officer suffered serious injuries.  The suspect, identified as 35-year-old Nicholas Brutcher, was shot dead. 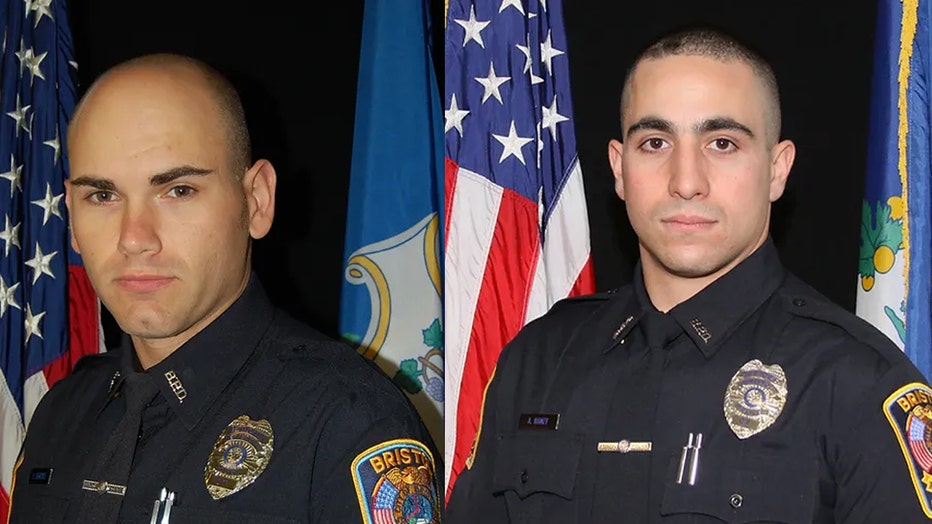 One of the fallen officers was identified as 35-year-old Sgt. Dustin Demonte.  He was hired in 2012 and assigned to the patrol division and was a school resource officer.  He was awarded Officer of the Year in Bristol in 2019.  He was married with two children.  His widow is pregnant with their third child.

The other officer who died was identified as Officer Alex Hamzey. He was a Bristol native who was hired in 2014.  The 34-year-old officer was assigned to the patrol division.  He was married.

The injured officer was identified as Alec Iurato. He was hired in 2018 and is assigned to the patrol division.  He underwent surgery at St. Francis Hospital for the gunshot wound and is recovering, according to Gould. 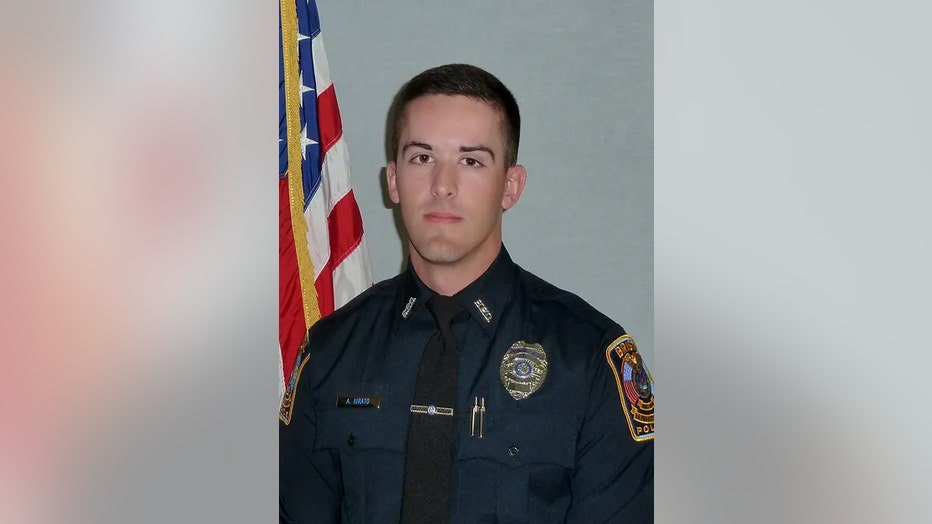 The suspect's brother, 32-year-old Nathan Brutcher was also shot in the incident and taken to St. Francis Hospital.  His condition was unknown.

Investigators say they still don’t have a motive for the shooting.

A person who lived in the area said they heard a lot of gunshots.

State police asked for prayers for the families of the fallen officers and for the officer who was hospitalized.

Bristol Mayor Jeff Caggiano said, "Today our hearts are broken.  We are united in immeasurable grief."

Three Bristol police officers were shot on Wednesday evening. Two of them are dead.

Connecticut State Police said officers would be at the scene for the rest of the day to gather evidence.

Gov. Ned Lamont ordered state flags in Connecticut be lowered to half-staff in honor of the fallen officers.

"The loss of two officers from the Bristol Police Department who were killed in the line of duty while responding to an emergency call of domestic violence is a senseless tragedy, and my prayers are with their families, loved ones, and fellow officers," Governor Lamont said.