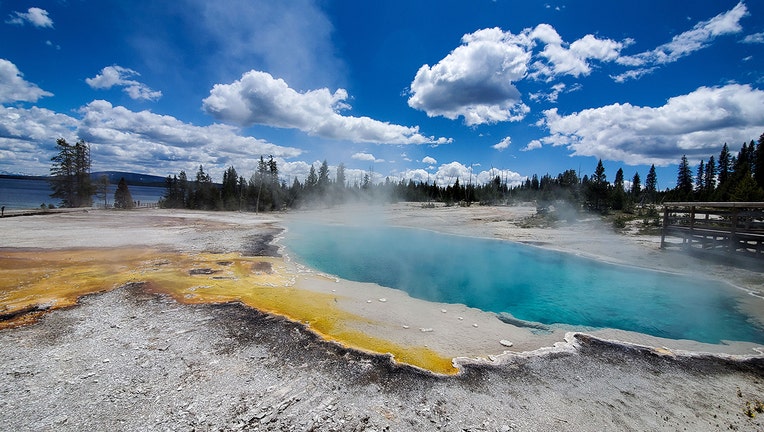 A park ranger heard that a group with cooking pots were hiking toward the park's Shoshone Geyser Basin. The ranger found two whole chickens in a burlap sack in a hot spring. A cooking pot was nearby, Yellowstone spokeswoman Linda Veress said.

“Make dinner,” said defendant Eric Roberts, of Idaho Falls, Idaho, when asked Thursday what the group was up to in the Yellowstone backcountry.

As for whose idea it was: “It was kind of a joint thing,” Roberts explained.

Roberts and Dallas Roberts, of West Valley City, Utah, were ordered to serve two days in jail and pay $540 in fines and fees for the Aug. 7, incident, according to court documents.

Eric Romriell, of Idaho Falls, paid $1,250 in fines and fees. All three are banned from Yellowstone while serving two years of unsupervised probation.

Dallas Roberts didn't have a working listed number and Romriell didn't immediately return a message Thursday at his ophthalmology clinic.

Getting too close to and messing around with Yellowstone's hot springs are no-nos and can be dangerous but violations aren't unusual.

A Dutch man was ordered to pay $3,000 for allegedly crashing a drone into the park's famous Grand Prismatic Spring in 2014.