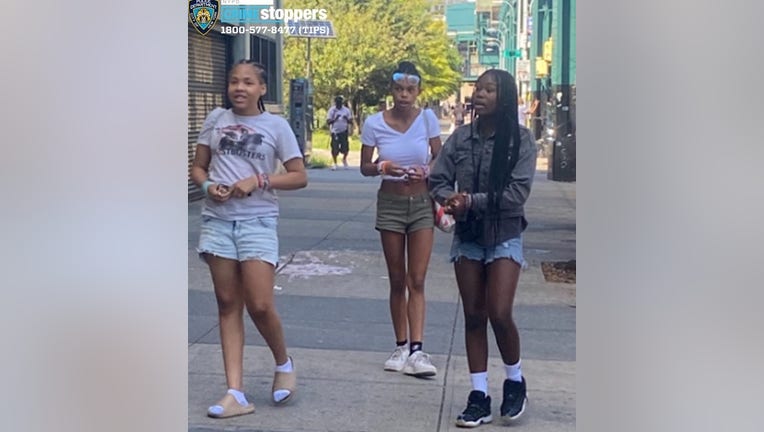 Three women wanted for a pair of knifepoint robberies in the Bronx. Credit: NYPD

NEW YORK - The NYPD says they are searching for a trio of women they say are robbing men of their clothes at knifepoint on the street in the Bronx in broad daylight.

According to authorities, on August 12, the trio robbed a 38-year-old man and a 37-year-old man.

Police say the suspects approached the men, brandished a knife and stole some of the men's clothing before running away.

Both victims refused medical attention at the scene.

Anyone with information in regard to this incident is asked to call the NYPD's Crime Stoppers Hotline at 1-800-577-TIPS (8477) or, for Spanish, 1-888-57-PISTA (74782). The public can also submit their tips by logging onto the CrimeStoppers website at https://crimestoppers.nypdonline.org/ or on Twitter @NYPDTips.