A 25-year-old homeless man suspected of firing shots that damaged an occupied restaurant in Canoga Park was arrested.

LOS ANGELES - A 23-year-old homeless man was arrested after he fired shots into a Shake Shack in Canoga Park. According to police, some 20 people were inside the restaurant at the time of the shooting. However, no injuries were reported.

The hamburger restaurant is located across the street from the Westfield Topanga & The Village.

Officers with the Los Angeles Police Department were called to the eatery located near the intersection of Topanga Canyon and Victory boulevards around noon Thursday after receiving reports of a man shooting through the windows of an occupied business. 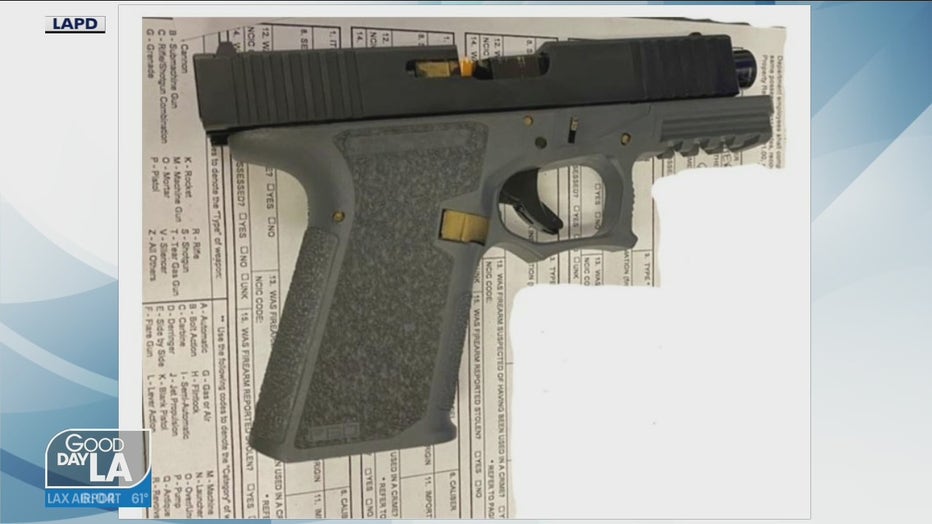 Frightened customers, including a 10-year-old, got down on the floor and hid beneath tables and some of the employees ran toward the back of the restaurant.

The suspect walked away but was later found by police at a nearby ally.

The suspect was identified by the LAPD as 25-year-old Sebastiano Cummings-Cruz.

According to the LAPD, Cummings-Cruz is part of a homeless encampment in the area. He was arrested on suspicion of attempted murder.