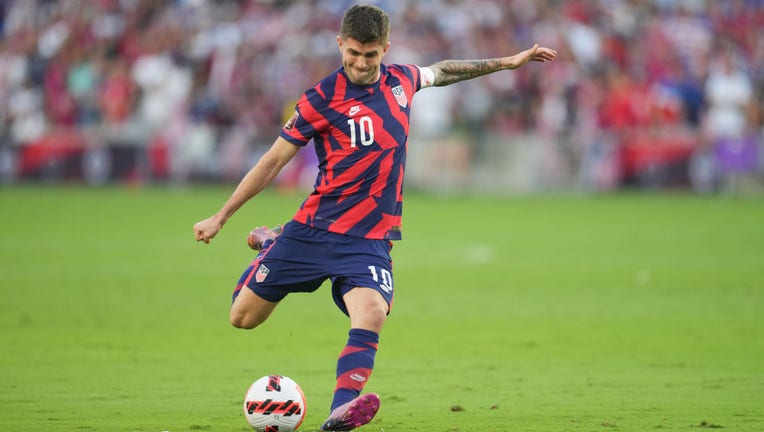 Christian Pulisic #10 of the United States during a FIFA World Cup qualifier game between Panama and USMNT at Exploria Stadium on March 27, 2022 in Orlando, Florida. (Brad Smith/ISI Photos/Getty Images)

We’re only a few months away from one of the biggest sporting events in the world when the 2022 World Cup takes place.

This year’s tournament marks the return of Team USA after they missed it in 2018. The club has made 10 World Cup appearances and their best finish of third place occurred in 1930.

Two exhibitions remain before the World Cup: against 24th-ranked Japan on Sept. 23 at Düsseldorf, Germany; and No. 53 Saudi Arabia in a friendly four days later in Murcia, Spain.

The U.S. Soccer Federation plans to announce its World Cup roster on Nov. 9.

Who are the players for Team USA?

Team USA ,also known as the "Stars & Stripes," has a young, talented roster of players entering this year’s World Cup with a hunger and something to prove.

A few of America’s players are already making their mark on some of the top international soccer teams in the world, including Barcelona, Chelsea, and Dortmond.

Christian Pulisic - The Pennsylvania native is popular and one of the most well-known players on the team. Last year, he won the UEFA Champions League with his club team, Chelsea, and the Concacaf Nations League with the U.S. team. Pulisic will look to build in the momentum of his 2021 success into this year’s World Cup to lead the Americans to a strong performance in Qatar.

Sergiño Dest - The 21-year-old plays for AC Milan and he honed his skills at the Ajax Academy in Amsterdam but was forced to choose between an international career between the Netherlands and the U.S. But now he will get his chance on the big stage in November to show the world his ability to become one of the elite fullbacks in soccer. 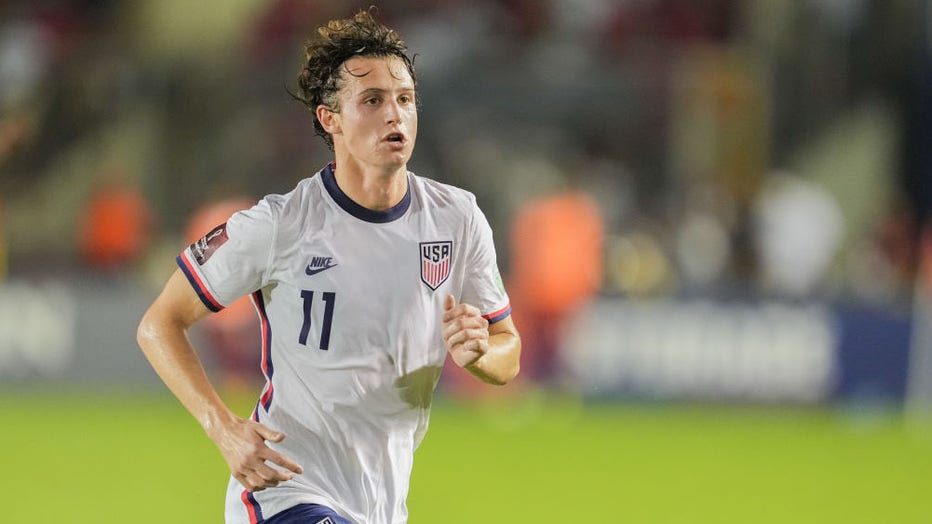 Brenden Aaronson #11 of the United States chasing after a ball during a game between Panama and USMNT at Estadio Rommel Fernández Gutiérrez on October 10, 2021 in Panama City, Panama. (Photo by John Todd/ISI Photos/Getty Images)

Brenden Aaronson - The New Jersey native plays for Leeds Premiere League and is one of the best players from the Philadelphia Union academy system. Aaronson broke into the Union first team in 2019 and made his debut for the U.S. Men’s National team that same year. He was one of the standout stars in the Major League Soccer is Back Tournament in 2020.

Kellyn Acosta - Acosta is from Texas and plays the position of midfielder for the Los Angeles Football Soccer Club (LAFC). The 23-year-old has two goals and five assists in 52 games with the team.

Reggie Cannon - Cannon is a member of Boavista Liga Portugal and plays the position of defender on the team. The Chicago native previously played for FC Dallas.

Zack Steffen - The Pennsylvania native currently plays for Middlesbrough FC and is the projected starting goalkeeper for Team USA.

Miles Robinson - Robinson plays the position of defender for MLS’ Atlanta United FC. The Massachusetts native had been out for the season after rupturing his Achilles in a match against Chicago Fire FC on May 7, 2022. The team previously confirmed that he would need surgery.

Timothy Weah - The New York native has found success wherever he has played despite injuries during his career. Weah plays for the Ligue 1 Champions, Lillie, and has a chance to compete for a starting role for a Champions League side and may have the opportunity to get more playing time for U.S. Men’s National Team during the club’s World Cup qualifying match this fall. 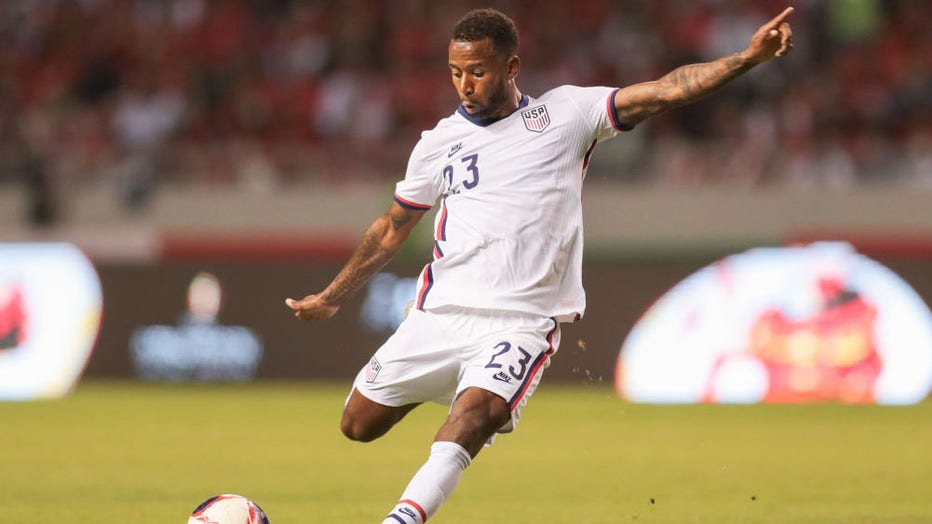 Weston McKennie - The energetic midfielder possesses exceptional leadership qualities that were on display when he was a captain for Germany’s Schalke 04 when he was 22 years old. The Texas native was one of the first of FC Dallas’ players to make the transition to Europe. After finding success at Schalke, he made the move to Italy’s Juventus and has since been playing in the UEFA Champions League with worldwide superstars Christiano Ronaldo and Paulo Dybala.

Gio Reyna - After performing well with New York City FC’s youth teams, the 19-year-old went on to play for Borussia Dortmund. He followed in the footsteps of his fellow Men’s National Team teammate Christian Pulisic. The Sunderland, England, Reyna has made a huge impact in Germany at Borussia Dortmund.

Gianluca Busio - The North Carolina native currently plays for Venezia FC in Italy. He previously represented the US. at September’s 4 Nations Tournament in the Netherlands and he helped the USA qualify for a record 17th FIFA U-17 World Cup at the 2019 Concacaf U-17 Championship, appearing in six of seven matches. He scored five goals for the USA in World Cup qualifying, including the spark in the 3-2 comeback over Canada in the group stage.

Yunus Musah - The 19-year-old player made a name for himself as a teen when get received a lot of playing time at La Liga giant Valencia in Spain. Yunus Munsah is now considered a possible midfield star for the U.S. Men’s National Team for years to come. 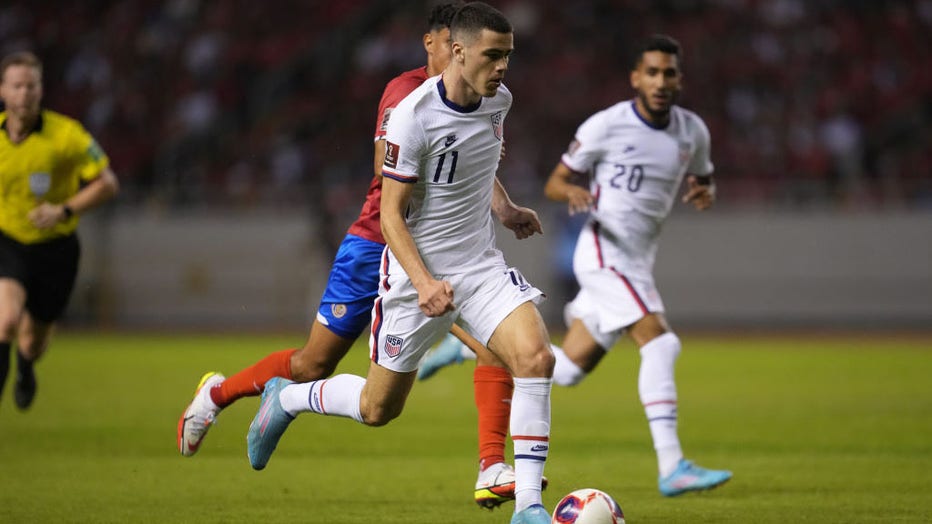 Antonee Robinson - A native of Liverpool, England, Robinson will play the position of defender for Team USA. The 25-year-old plays for Fulham (England) and has two goals and five assists in 25 games with the club.

Matt Turner - The goalkeeper will get his chance to make a name for himself for U.S. Men’s National Team this November in Qatar. The New Jersey native currently plays for Arsenal FC.

Walker Zimmerman - The 29-year-old plays for Nashville SC as a center-back on the team. The Lawrenceville, Georgia, native has three goals and an assists in 31 appearances with the team. He previously played for FC Dallas and Los Angeles FC.

How are Team USA players able to play for international soccer clubs?

Transfer windows were first introduced as an agreement with the European Commission regarding how the system could preserve contract stability for the player and the team, according to Premiere League.com.

Before the launch of the transfer system, players could be traded throughout the season until March 31. Some critics of the system felt that it would undermine the spirit of competition in soccer.

The transfer window helps teams because they can plan for a set amount of time knowing the players available on their rosters and management can avoid having to search for a replacement player. It also gives younger players on the clubs the chance to compete if there are injuries or inconsistent play from their teammates.

This system also helps fans with getting to know the players on the soccer team once the roster is solidified for at least a large portion of the season. Fans can be emotionally invested in those players on their teams.

The 2022 World Cup is being played across eight venues in Qatar, which is the first Middle Eastern country to host the tournament. This year's location heavily impacts two important timing aspects for the tournament.

First, the seasonal schedule. Typically, the World Cup is held in the summer. But due to Qatar’s exceptionally hot summer season, FIFA pushed the tournament back several months.

The tournament will be played from Nov. 20 to Dec. 18 — with group matches from two top teams scheduled for Thanksgiving Day. Get ready for a new kind of Turkey Day "football."

The second timing aspect affected is the daily schedules. Qatar is seven hours ahead of the Eastern Standard Time Zone, meaning game times will be a little different than what Americans are used to.

Kickoff times range from early morning to mid-afternoon, bringing plenty of opportunities for Americans to embrace new traditions that go hand-in-hand with these atypical viewing occasions, such as "beer for breakfast."

A total of 64 matches are scheduled, which, for those doing quick math, means more than one match will be played on the majority of days.

The first two weeks are jam-packed with the most matches, during group stage play. But, more on that later.

The good news is all the matches are conveniently divided into five start times. And in what could be good or bad news, depending on your sleep schedule, the start times are much earlier than when Americans are typically used to watching sports.

If that 5 a.m. ET wake-up call may be too early for you, you’ll have plenty of other chances later in the days to catch a different match.