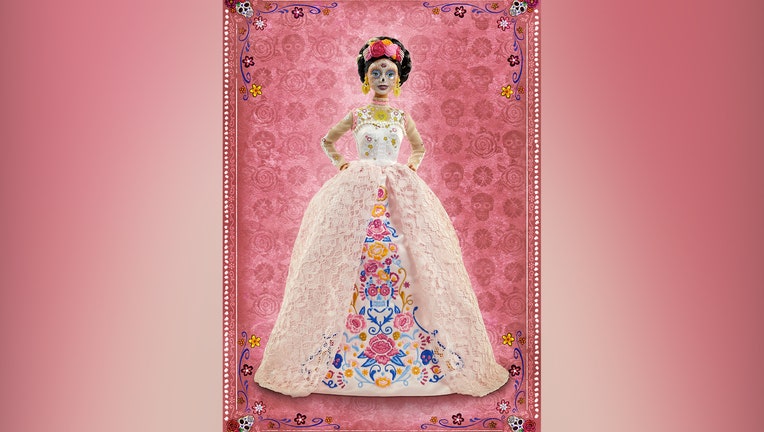 Barbie’s second edition Dia de Muertos doll has already sold out since its release on Sept. 1.

Mattel’s first edition released in 2019 was “so popular” that it inspired “a new tradition,” according to a Barbie news blog, thus the release of the 2020 edition.

“The 2019 Dia de Muertos Barbie Doll was a runaway hit – one that even had an encore appearance in the online shop after the first time it sold out! It was so well received that Barbie Signature decided to acknowledge it as the first in an official collection of dolls to celebrate the two-day holiday,” the blog reads.

Mattel is releasing a limited-edition Barbie in honor of the Mexican holiday Día de los Muertos, or “Day of the Dead,” will hit stores this month.

The doll showcases the signature face paint often associated with the Day of the Dead. In contrast to the 2019 Dia De Muertos Barbie Doll, this year’s doll features a blush pink dress with floral decorations embroidered on the dress, as well as a flower crown.

Meabe also designed the first Dia de Muertos doll, but said the second is just as special as its predecessor, “Research is always the first thing I do before putting my pencil on paper. So, I looked at new elements that we could introduce to the second doll. Adding new textures, fabrics, flowers, and a new dress silhouette were ways to introduce the new elements to the second doll while still keeping traditional elements that are important to the Dia de Muertos celebration. Traditions like marigolds, skeleton details, and Calaveras makeup were elements that I knew we had to keep but introduce in a new way.”

Dia de Muertos is celebrated from Oct. 31 through Nov. 2 and is a time for families to remember their loved ones who have died.

The doll retails for $75 and has a limit of one per customer, according to the blog.

Barbie has said they plan to restock the enormously popular doll before the offical holiday next month.

Currently, HEB still has dolls in stock, according to a Barbie representative.