The NYPD is blaming bail reform for a spate of assaults in the subways. The MTA is asking for more cops and mental health programs. The mayor says overall crime is down.

A man attacked a 71-year-old woman on a moving subway train in Midtown Manhattan on Tuesday just before noon, police said. The attacker punched the woman in the face while on a southbound E train, the NYPD said. Police had the MTA hold the train at the 7th Avenue station for the B/D/E lines so that cops could investigate but they didn't find the attacker, who is described as a man in his 40s. 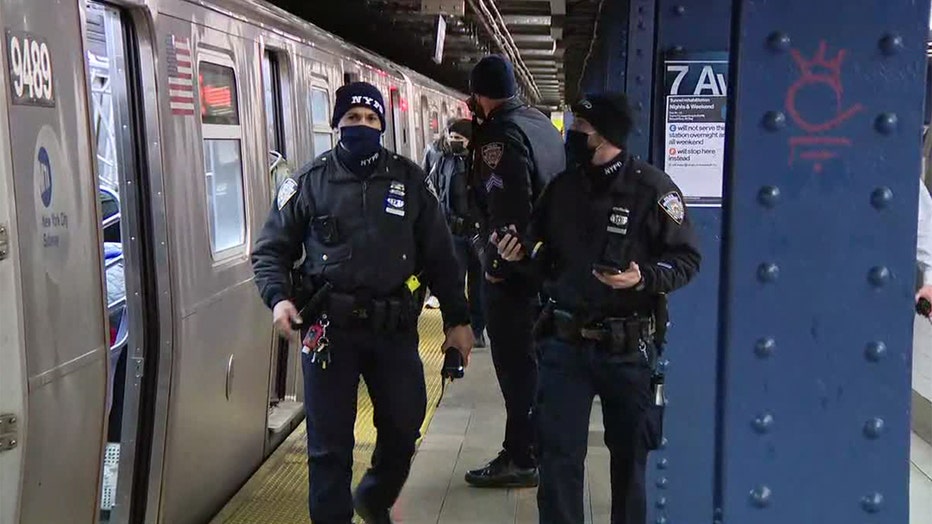 "We will NOT tolerate violence on our subways," he wrote. "I rode the subway yesterday and added over 500 officers to the beat. We will make sure public transportation is safe for all New Yorkers."

Several hours earlier, an attacker, described as a man in his 20s, punched a 68-year-old woman on the northbound platform of the A at the 125th Street station in Harlem. He then ran away. 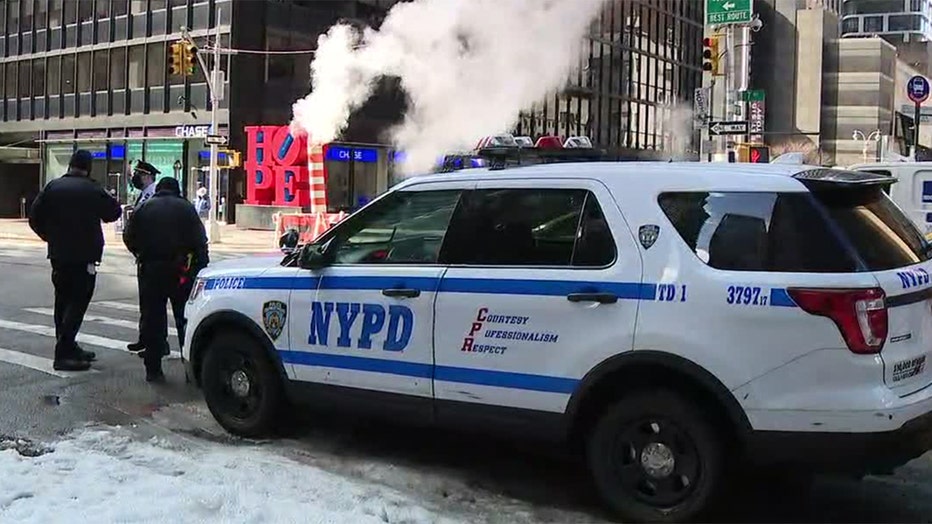 In the wake of a spike in violent crime in the subway system, the MTA has asked the NYPD for 1,000 more police officers to patrol underground in addition to the 500 the mayor allotted.

Authorities have charged a man with stabbing four people — two fatally — within a few hours late Friday into early Saturday.

One victim was discovered dead on a train in Queens late Friday with several stab wounds to his neck and torso, the NYPD said. Two hours later, a woman was found stabbed to death in a subway car in upper Manhattan.

Rigoberto Lopez was arraigned on murder and attempted murder charges on Monday in those attacks. A court complaint said he confessed to the attacks. 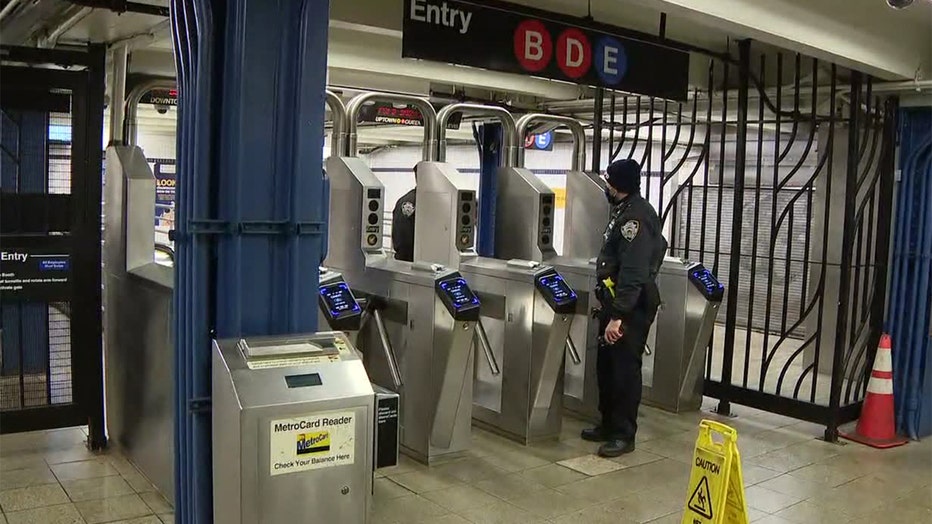