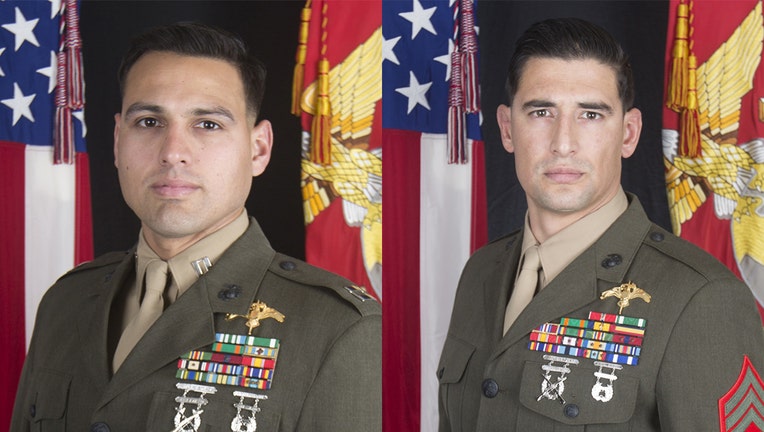 NEW YORK - Two U.S. service members were killed by "enemy forces" Sunday while advising and accompanying Iraqi Security Forces during a mission to eliminate an ISIS terrorist stronghold in a mountainous area of north-central Iraq, the U.S. military said.

They were identified as Gunnery Sgt. Diego D. Pongo, 34, of Simi Valley, California and Capt. Moises A. Navas, 34, of Germantown, Maryland.

They were partnering with Iraqi Special Forces in a large operation against ISIS.

It’s the first U.S. troops killed in Iraq this year. The last American to be killed in action in Iraq was a U.S. Marine in August 2019.

With news of 2 U.S. troops killed Sunday in Iraq, there have now been 19 American service members killed fighting ISIS since August 2014, when U.S. military involvement began, according to the Defense Causality Analysis System (DMDC).