Shooting breaks out at graduation ceremony in west Michigan

Two people were wounded in the parking lot of a graduation ceremony held at East Kentwood High School.

A 40-year-old woman from Grand Rapids, was wounded in the wrist and abdomen, and a 16-year-old boy from Texas was shot in the wrist. Both are in stable condition at a nearby hospital. 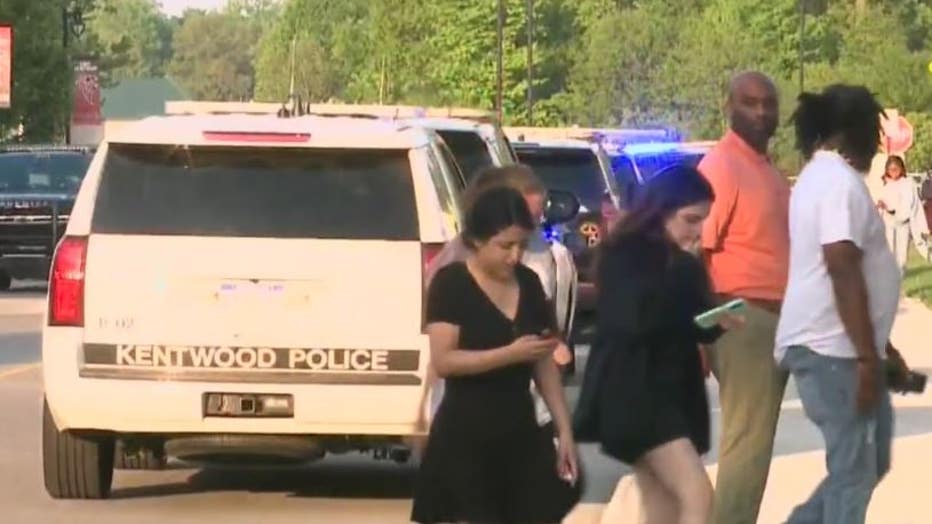 The two suspects remain at large, according to the Kent County Sheriff's Office.  Investigators say suspects in two white sedans were shooting at each other in the parking lot at about 7:20 p.m.

Police say both cars sped away after the shooting and officers are looking for them, adding there is no threat to the public.

Just before 8 p.m. The Kent County Sheriff's Office tweeted, "One person confirmed to have been shot. The suspect is outstanding at this time."

Stay with FOX 2 for more information as it becomes available.