The NYPD said that a Queens man who had a license to own and carry a handgun shot and wounded two cops inside his home on Tuesday. The officers shot and killed him.

NEW YORK - An off-duty peace officer who was licensed to carry a firearm and was accused of domestic violence shot two NYPD officers at his home in Queens on Tuesday. The wounded cops returned fire, killing the man, authorities said.

The officers were rushed to Jamaica Medical Center, where they underwent surgery and are expected to survive, Mayor Bill de Blasio said.

"Here you have officers who do the lord's work. They protect survivors of domestic violence. They go into some of the most volatile difficult situations that you could possibly imagine," the mayor said. "Some of the most difficult work that any police officers do — they do it to protect innocent people who have been victims of abuse."

They were awake and stable on Tuesday afternoon, Police Commissioner Dermot Shea said at an afternoon press conference.

Two police officers survived a shootout with a man inside a home in Queens. They underwent surgery. The man who shot them is dead.

The chain of events began when a 41-year-old woman came to the 105th Precinct station house Tuesday morning to report that she'd been abused at home, Shea said. Two domestic violence officers then accompanied the woman to her home on 179th Street in Springfield Gardens, he said, but the man she said had harmed her was not home.

"We believe that the officers and the victim, in this case, were there approximately six minutes. It's at that point in time the subject returns to the residence, walks in the door of the residence and begins shooting at the two officers," Shea said. "Both officers are struck and injured. One in the right upper thigh. He has a fractured femur and he's undergoing surgery. The other officer was shot at least one time and, we believe at this point, in both hands."

The mayor, police commissioner, and union president speak about two officers who were wounded in a shootout with a man in Queens.

The cops fired back at the shooter, identified as Rondell Goppy, 41, who died at the scene, Shea said.

Goppy was a peace officer and licensed to carry a handgun, Shea said. He does not appear to have a criminal record but the NYPD is still investigating his background.

"There were prior [domestic violence] calls to that house," Shea said. "That will be part of the investigation going forward why he was still in possession of those guns and what happened to those prior cases." 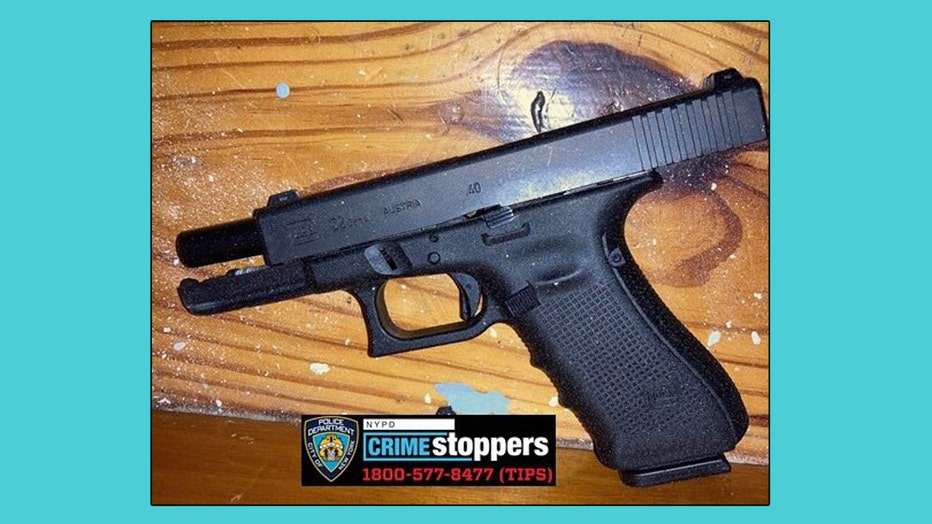 Police found two handguns at the scene — a Glock semiautomatic and a Smith & Wesson semiautomatic — and a third gun somewhere else, Shea said.

The Associated Press reported that Goppy worked at City College of New York in Harlem. The college's website lists him as a "Crime Prevention Specialist." 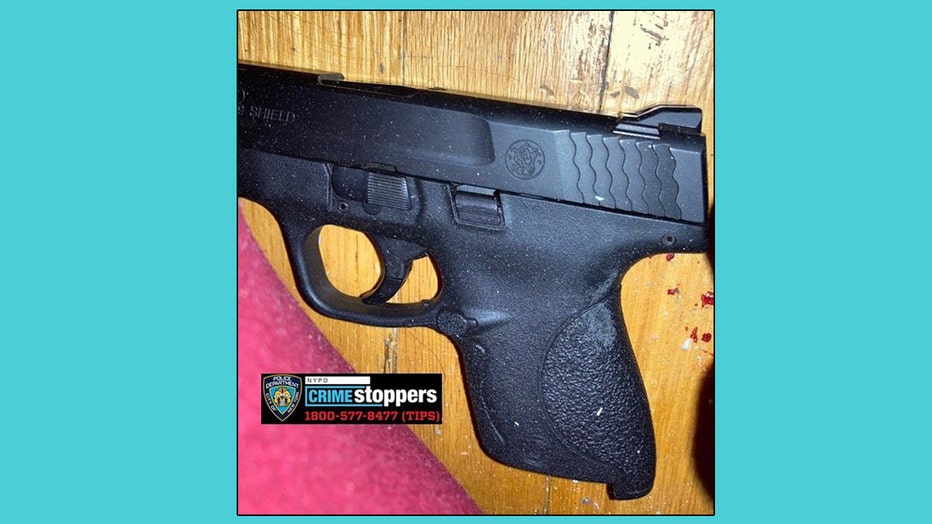 The shootout and aftermath prompted a massive police response in the neighborhood, which is near John F. Kennedy Airport.

"Thank god they're going to pull through but I want to emphasize when it comes to protecting these innocent people, we depend on our officers. We need to be thankful for the work they do," de Blasio said. "Domestic violence, in particular, is so difficult, so unpredictable and yet we have officers step forward and say, 'I'll take on that job because I want to save lives' and today they saved that woman's life."

Two officers responding to a domestic incident were shot in Springfield Gardens, Queens. A suspect was shot dead.