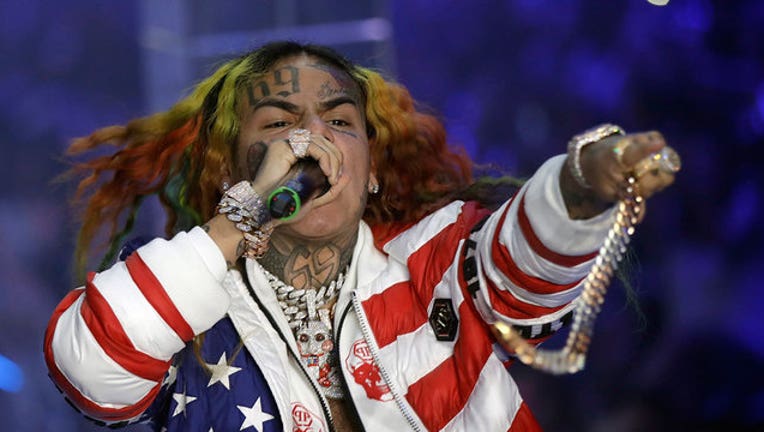 The verdict Thursday came at a Manhattan trial where he was a star government witness against fellow members of a violent faction of the Nine Trey Gangsta Bloods.

The rapper, whose legal name is Daniel Hernandez, testified that he joined the gang to give him street credibility in exchange for a cut of his music industry earnings. He described being abducted and robbed at gunpoint after having a falling out with one of the defendants.

After his own arrest, Tekashi 6ix9ine pleaded guilty and became a cooperator. The decision made him a target of social media ridicule by other performers labeling him a "snitch."

The rapper's cooperation could earn him a break at sentencing.